The breakout popularity of Escape from Tarkov and Hunt: Showdown is starting to inspire other developers, and one is taking the concept into space. Marauder is a game currently in development by a small UK-based team of developers, and it casts players in the role of a cutthroat space pirate in an alternative post-WW2 universe where humanity decided to to head to space in Sherman tanks.

In Marauder, you’ll either join a crew of fellow space pirates or go it alone in a zone full of derelict spacecraft and asteroid mining colonies. The idea is to get aboard, steal anything that isn’t nailed down, and get the hell out of dodge. The trouble is, these locations aren’t exactly vacant: as in Escape from Tarkov, you may find either computer-controlled NPC enemies, or heavily armed players who are after the same loot that you are.

Marauder is set in a unique sci-fi universe that the developers say is part post-WW2, part dieselpunk – and the weapons aren’t the usual high-tech energy beam weapons we’ve come to expect in sci-fi settings. Instead, the designs are based on real-world weapons like the PPSh-41 (which should be introduced into Escape from Tarkov before long) and Colt 1911 pistol.

Here’s the pitch video, which gives you a sense of the overall aesthetic, as well as some of the goals for the game. 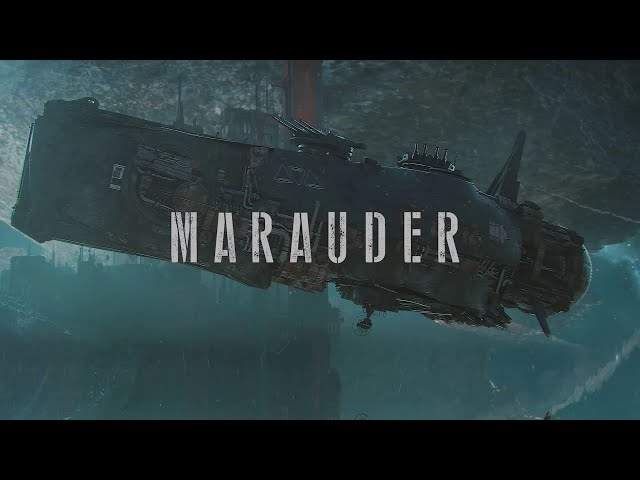 You can avoid other players if you’re sneaky, but can also choose to duke it out for a chance to nab whatever loot they’ve managed to pick up during their expedition.

Once you’ve cleared out an area, you can head back to your ship, which you’ll be able to pilot Mace Griffin-style around the sector as you play. Once you’ve picked up as much as you can haul, you’ll make for a warp gate – Marauder’s version of the extraction point. If you survive, you’ll be able to deposit gear and loot you’ve found in a persistent inventory system, barter with vendors, and equip yourself for the next raid.

Marauder is currently seeking financial backing through Fig, and a $20 pledge gets you into the pre-alpha test that’s running right now. You’ll have to join the Small Impact Games Discord server to get your copy, and the team is also using Discord to handle account progression and various other backend functions.

So far, Marauder has raised $13,297, passing its first Fig fundraising milestone. The developers estimate the game will release in January 2022, but they plan on relying on backer feedback throughout development.

It’s an ambitious project for a small team to take on, but the ship and weapon designs are terrific and it’s introducing some genuinely interesting ideas into the ‘zone game‘ concept. We’ll be keeping an eye or two on this one.