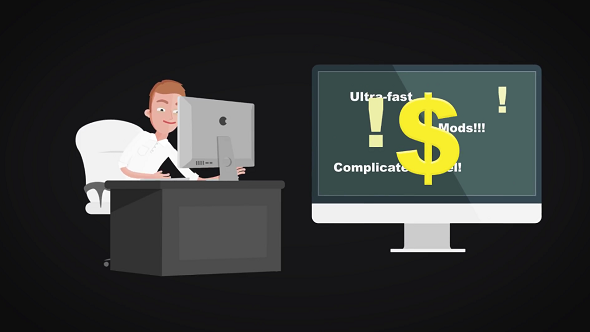 There’s a Kickstarter going  down for a new startup looking to simplify server rental. The service, called Marbelus, will let players save profiles for different games and switch between them at will.

Create your perfect server with our list of the best Minecraft mods.

“To give you an example, you could have a CS:GO server setup for 1v1 duels, a CS:GO server for comp training, a Minecraft server for [Feed the Beast], and a few Garry’s Mod servers with different game modes installed,” say the founders on the Kickstarter.

“The platform makes it easy for you to just start up whichever one your friends want to play.”

Crucially, all you preferences are saved, so you can just switch between them at your leisure with a one-time setup. It’s essentially trying to make the whole process of hosting a server less clumsy, making it an option for the less tech savvy.

At the moment, the service will support CS:GO, Minecraft, Garry’s Mod, Factorio, Starbound, and Team Fortress 2, but more games will come if it’s successful.