Mario may be the most recognisable videogame character of all time, having seized family living rooms by the million via the NES and SNES consoles back in the ’80s and early ’90s, since when his vice-like plumber’s grip on the game industry has only tightened.

We on PC remain one of the last bastions of resistance, our towers still holding firm against the sinister cheerfulness of the moustached fiend and his dungarees. But while we may thank our own idols – Doomguy, Kane, Commander Keen – that our houses are mercifully free from chipper, irritating cries of ‘It’s-a me, Maaaario!’, we will admit that Mario’s creator (or summoner), Nintendo, knows how to make a damn good game. And we’re a little salty that we don’t get to play them because Nintendo hoards its toys.

Thankfully, this has opened the door to any number of competitors over the years who are happier to share – even those who have their own consoles. Given his longevity – acquired through some sort of moonlight skin-flaying ritual, no doubt – Mario has taken a number of forms over the years, but his main sequence games are 2D and 3D platformers. And there are a lot of really, really good games in those genres which affect a similarly family friendly tone. Without also wishing to take over the world.

So pull up a sentient mushroom – having first assaulted it unprovoked – and take a seat as we run through the best games like Mario on PC. 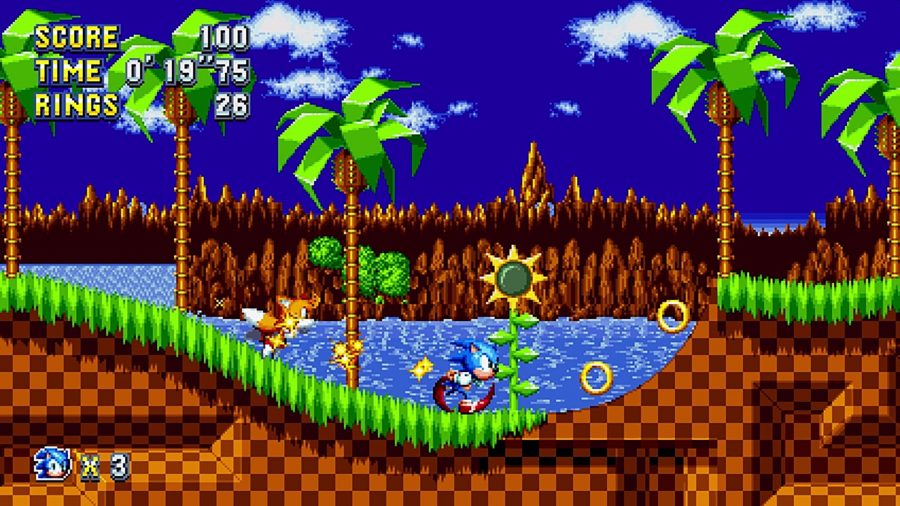 We could hardly start anywhere else. Sonic was Mario’s original rival in the early ’90s and as such the standard bearer for one of the most intense ‘console wars’ – that between the SNES and the Sega Mega Drive (or Genesis, in North America). While the Super Mario Bros series had been established on the NES throughout the late ’80s, Sonic brought more speed, style, and attitude to the 2D platformer with 1991’s Sonic the Hedgehog.

Today, Sonic Mania is the best representation of the blue hedgehog’s original form available on PC right now. Produced by members of the Sonic fandom to celebrate the icon’s 25th anniversary, most of Sonic Mania’s levels are lifted directly from the first two Sonic games, but slightly extended, reinterpreted, and with a few modern twists. As well as Sonic, you can also play as his friends Tails or Knuckles, or a real friend can take a character for co-op play. Look no further for the definitive modern version of Mario’s greatest competitor – gather ye gold rings while ye Steam. 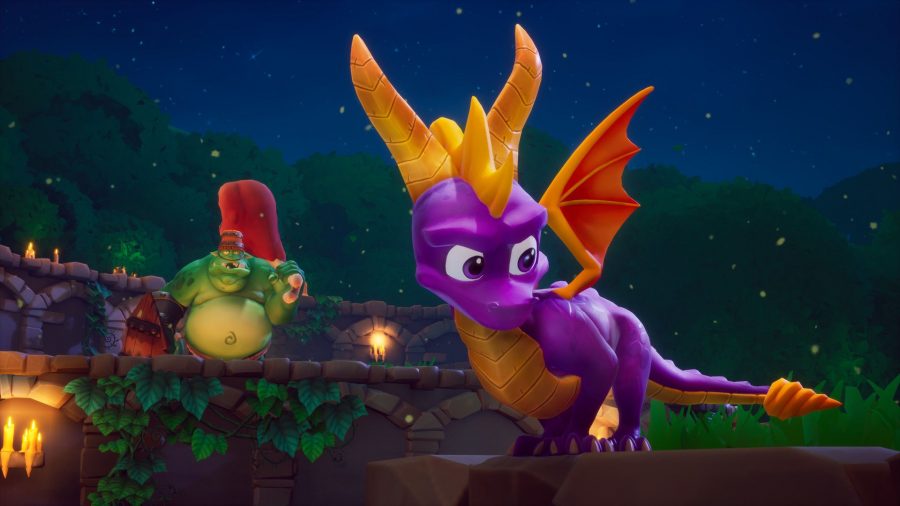 More than perhaps any other gaming icon, Mario navigated the industry’s transition from 2D to 3D graphics with grace and poise. The first 3D Mario adventure, Super Mario 64, was just as good as the 2D classics that made his name – as have been most of its 3D successors.

But just as Sega put Sonic up against Mario in the 2D era, so did Nintendo’s competitor in the 3D era, Sony, design its own rival. The adorable Spyro the Dragon was one of the original PlayStation’s mascots, and in late 2019 he came to PC with a sumptuously remastered collection of his first three games (Spyro the Dragon, Spyro 2: Ripto’s Rage, and Spyro: Year of the Dragon). If you prefer 3D platforming to 2D, or cute purple dragons to spunky blue hedgehogs, look no further for the definitive modern version of another challenger to Mario’s crown. Careful when sneezing lest you produce Steam. 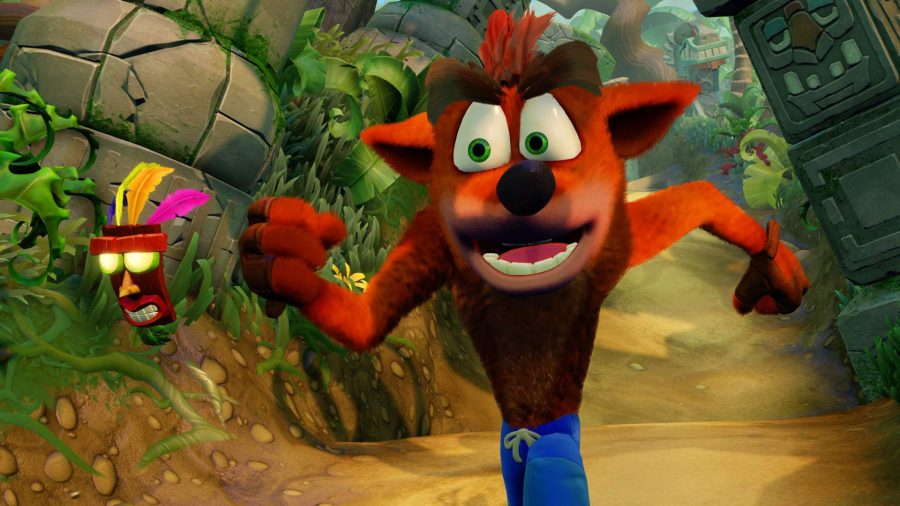 Crash Bandicoot was another big name in 3D platformers and a stablemate to Spyro the Dragon in Sony’s pantheon, his debut coming in 1996 courtesy of none other than The Last of Us developer Naughty Dog. Where Spyro and Mario generally moved in a freeform way, Crash Bandicoot made less use of the third dimension and tended to limit travel to one direction – Crash generally either walks backwards or forwards relative to the camera, or side to side like the old side-scrolling 2D platformers.

That changed in later releases, and today Crash Bandicoot is as genre-neutral as Mario, having appeared in party games, kart racers, and even the odd hack ‘n’ slash. The N. Sane trilogy is a remaster of his first three games: Crash Bandicoot, Crash Bandicoot 2: Cortex Strikes Back, and Crash Bandicoot 3: Warped, in which he was still largely a platform character. Plenty of Mario-like thrills in 2D and 3D await. A bounty of wampa fruit awaits on Steam here. 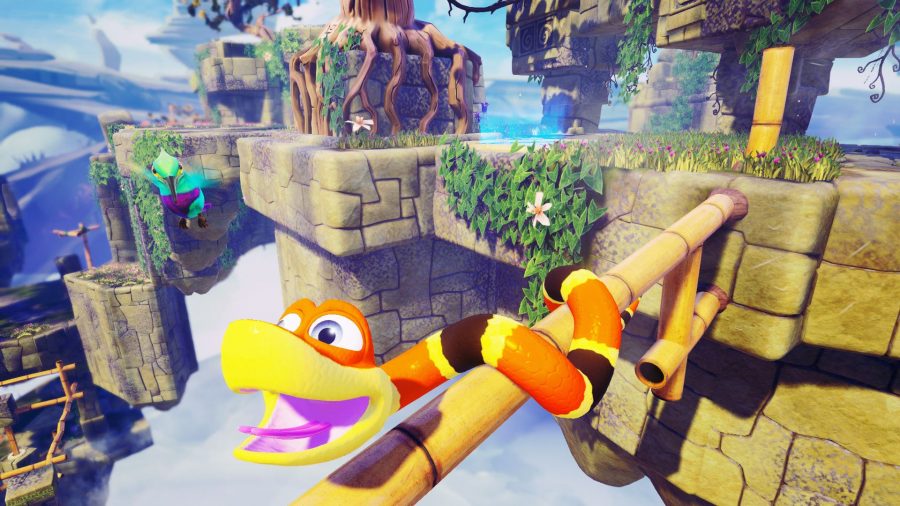 So far we’ve listed remastered versions of Mario’s old rivals from yesteryear, and though such bundles offer plenty of content by gathering together multiple games in each case with lovely modern graphics, the underlying games are still decades old. This can mean they’re overly challenging, clunky to play, or difficult to understand.

If you’re looking for a Mario equivalent from the modern era – one designed with all the wisdom the games industry has accrued since the Italian plumber’s creation – Snake Pass may be for you. It’s a 3D puzzle platformer with the colourful, family friendly aesthetics of the genre’s golden age, but with plenty of fresh ideas inspired by the unique coiling and slithering movements of its adorable star – fear not, this is the game that made snakes cute. As if they weren’t already. Slither on to Steam here. 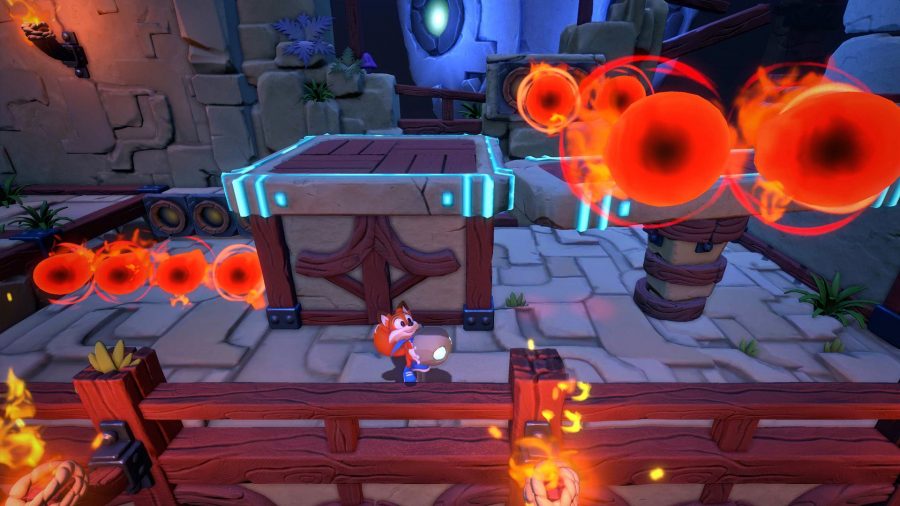 Released in 2018, Super Lucky’s Tale is another classic platformer for the modern era, but starring a bouncy, optimistic fox rather than a snake. That means platforming challenges utilising the more conventional devices of momentum and jumping rather than coiling and slithering, and while pretty much every entry on this list is family friendly, there’s perhaps an even greater focus on pitching to the young ‘uns. Get lucky on Steam here. 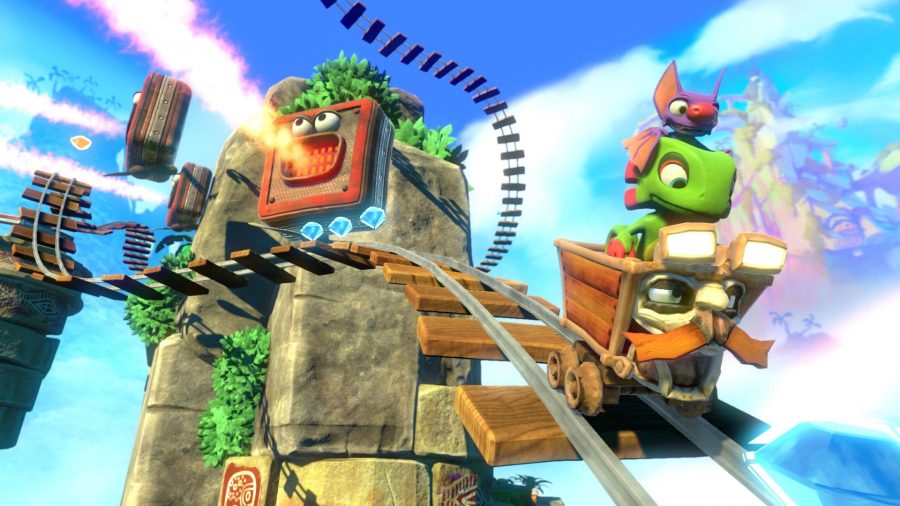 In 1998, a 3D platformer named Banjo-Kazooie was released for the Nintendo 64. A critical and commercial success, it stood alongside Super Mario 64 and Spyro the Dragon as one of the early icons of 3D platforming. Almost 20 years later, many of its developers from the famed British studio Rare reunited as Playtonic and released a spiritual successor, Yooka-Laylee – so this one’s both a throwback and a modern revival.

As in Banjo-Kazooie, the game is named after its dual protagonists, both of which you control at certain times. Yooka is a chameleon and Laylee is a bat that rides around on his head. They can each learn a variety of abilities to help navigate their magical world, collect items, solve puzzles, and defeat enemies. Well-received and boasting a strong pedigree, this is the 3D platformer at its shiniest and most modern – join the fun on Steam here. 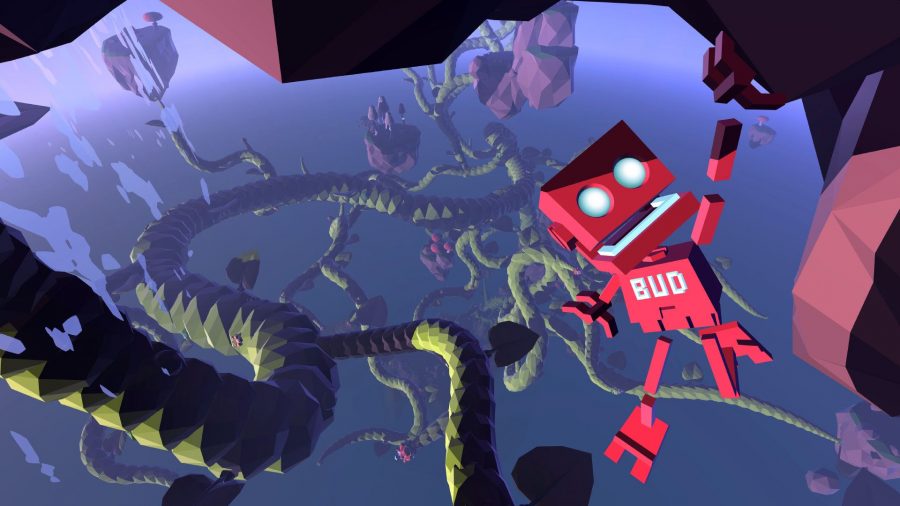 Grow Home and its sequel Grow Up cast you as the adorable android BUD. In the first game he’s on a mission to save his home planet by climbing a giant alien plant so as to harvest its seeds, while the second has you reassembling MOM, his parental spaceship.

These are the setups for some unique puzzles and movement abilities. Procedural animation allows you to move BUD’s hands independently, creating an unusual and unrestricted climbing experience. You can also grow and ride the branches of the alien plant to create your own pathways in the sky, linking floating islands and unlocking secrets where you’ll find crystals to enhance your abilities. And don’t be put off by the slightly cooler, angular art style – BUD’s happy robotic chirruping and clumsy movement will make you love him as much as any of the other cute protagonists on this list. Gather your seeds in Grow Home and Grow Up on Steam. 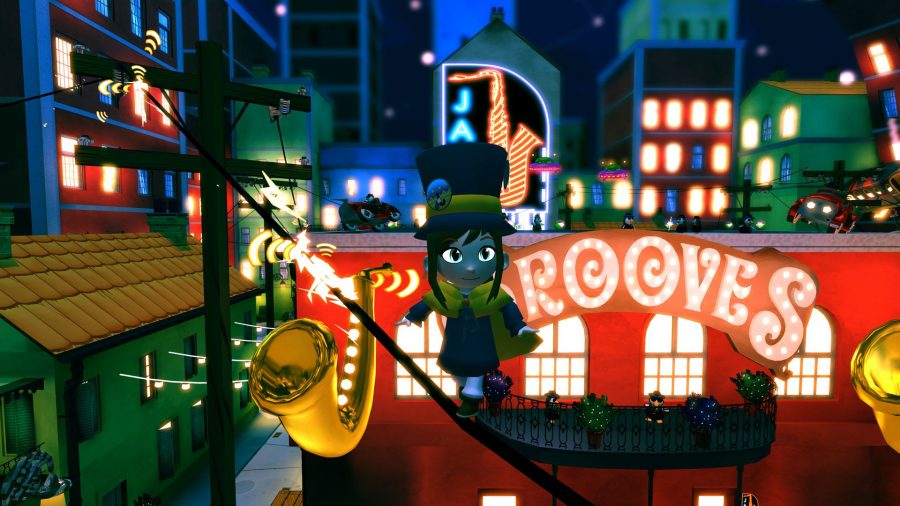 A Hat in Time

By now you’ve probably noticed a few common threads in these games: animal protagonists in brightly coloured, magical worlds are the norm. We’re not saying A Hat in Time differs massively from that pattern, but it does a bit. Starring a space-traveling little girl whose magical world has just a touch of darkness and threat, and who is able to call on a wide variety of abilities by stitching different top hats, A Hat in Time is a 3D platformer that differs just slightly from the genre’s established form in look and feel. Get stitching on Steam here. 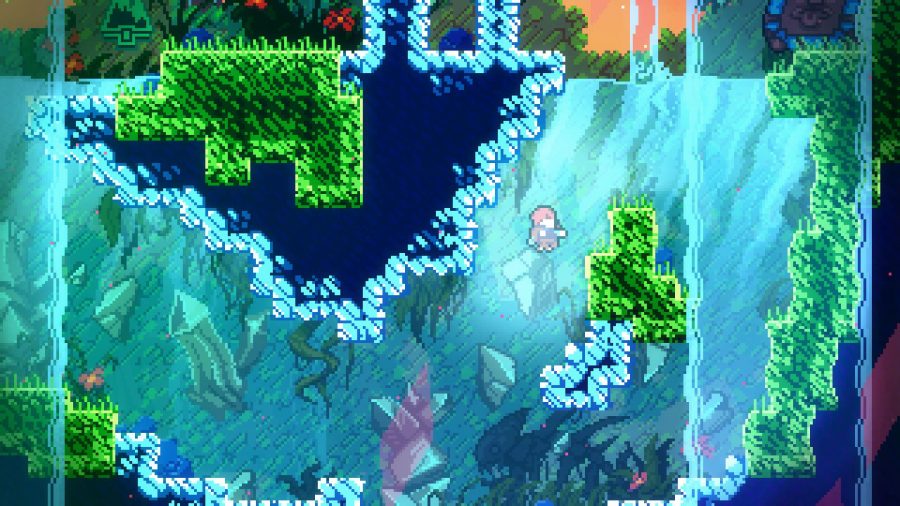 Aesthetically, Celeste is a throwback to the pixel-heavy side-scrolling platformers of the early ’90s – Super Mario on the NES and SNES, Commander Keen on the PC, that kind of thing. And it’s as difficult as they used to be, boasting “platforming challenges and devious secrets” for the hardcore, though that shouldn’t put you off – it’s also been hailed for its accessibility, with options to reduce the difficulty in various ways if you just want to experience the story.

And you will. Celeste is named for the mountain which protagonist Madeline has to climb, confronting her inner demons along the way, with the aid of a memorable cast of characters and against an award-winning soundtrack. Classic in its look but very modern in its design and its story, Celeste is widely recognised as one of the very best games of 2018. If you’re after a 2D platformer like the original Super Mario games, look no further. Climb the mountain on Steam here.