Kerbal Space Program is a wonderful game about space and landing on the moon that is as inspiring as it is painfully inaccessible to people who don’t understand how orbital mechanics work (so, everyone). It’s the hero we need, but not the hero we deserve, and Mars Horizon is here to offer an alternative.

Released today, Mars Horizon is a game where you are in charge of a space agency at the dawn of humanity’s journey into the stars. You need to research new vehicle parts to create more complex spacecraft, but you also need to research the missions these craft will be used on. There is also a more interactive base-building element, and you can research new building options to expand your space agency’s facilities.

You’ll be competing against other global agencies to achieve key milestones, such as the first EVA, first moon landing, and so on, with the ultimate goal of being the first agency to land a crewed mission on the surface of Mars. To get there, you’ll have to make sure you’re hitting enough research bonuses and generating enough revenue to get their first, although choosing to focus on tech as opposed to flashy missions is a legitimate way to go.

It doesn’t matter how many milestones you miss along the way, as long as you hit the only one that matters. 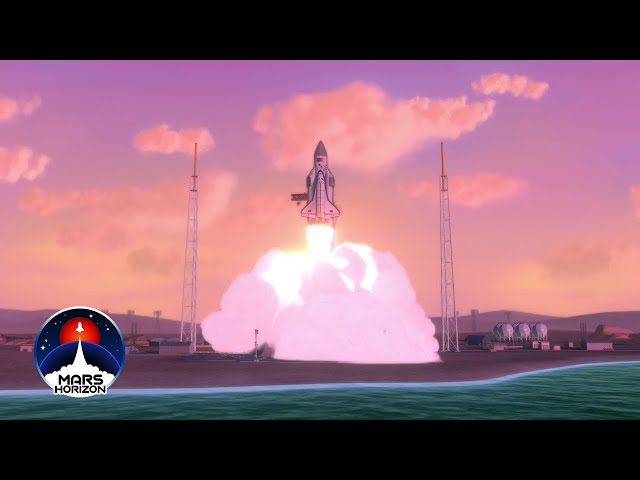 We’re working on a review of Mars Horizon as you read this – we haven’t quite played it enough to feel comfortable shooting our verdict up into the stratosphere yet, but what we’ve played so far we’ve enjoyed. It is a very different beast to something like Kerbal Space Program in many ways, but it works and has plenty of its own charm.

Mars Horizon is developed by Auroch Digital and published by The Irregular Corporation. It is available on PC via Steam and consoles (including the Switch, if you would believe it) and can be purchased for $19.99 / £14.99. There will be a 10% launch discount for the first week.