One of the wonderful things about Marvel is their embracement of change. The universe frequently reinvents itself with new, diverse directions, as seen in the current All New, All Different comics. That’s a move that Gazillion is mimicking with Marvel Heroes, which has just upgraded itself to 2016 status.

Marvel Heroes 2016 isn’t the only great no-cost game out there. Check out our picks of the best free PC games.

Marvel Heroes 2016 plans to deepen and broaden to the ARPG-styled MMO, and the first elements of it are now available. Existing players need just log-in to see the changes. If you’ve already played the campaign to completion, the first thing you’ll notice is…

The 2016 update adds a brand new eleventh chapter to the campaign. Drawing influence from the 2008 comic crossover event Secret Invasion, you’ll be able to take your heroes into battle with the Skulls, Marvel’s infamous shape-shifting aliens.

Expect to come face-to-face with enemies impersonating some of Marvel’s biggest heroes, as well as the Warskrulls: aliens who have copied the abilities of superheroes to use against them. And taking boss duties this time around is Super Skrull Kl’rt (alongside 11 other villains), who thanks to his combination of Fantastic Four powers won’t take a beating lying down…

But while an extended campaign with more content seems the logical pull-point for a big update, it’s Marvel Heroes 2016’s other elements that make it stand out as an interesting change. 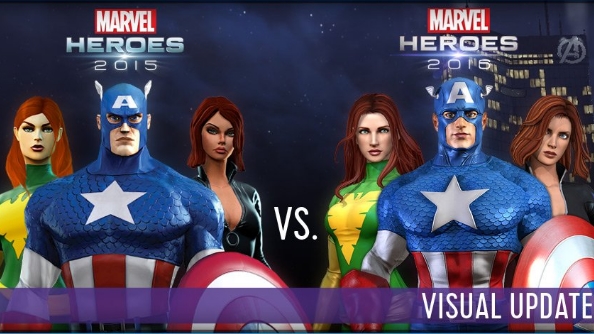 As soon as you log-in, the game’s facelift is obvious. Every hero has been re-designed with far more detail. No longer do they look like miniature figures painted by a pre-teen, but the intricate, elaborately designed characters that they are. The game’s film-inspired costumes have naturally always had more detail, but now the ‘vanilla’ suits feel as worthy to wear thanks to those sharper textures and improved shading.

Not quite every costume has had the upgrade yet, but you can already see the vast improvement made on the characters that have been around since the game’s early days. Expect to see further enhancements as the months go by. 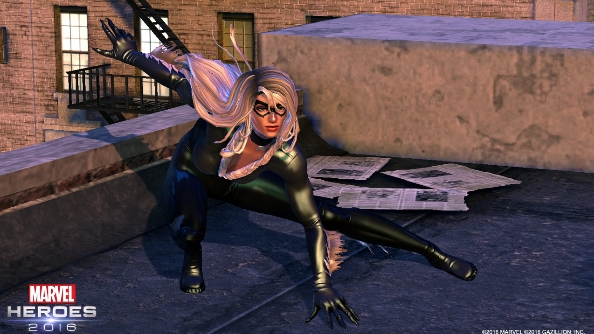 Joining the revamped cast of heroes is Black Cat, the stealthy burglar anti-hero often seen in a tangle (in more ways than one) with Spider-Man. She’s a fun, if very safe, addition, using a combination of close claw swipes and wider, AoE-style whips of her tail. A more stealthy-focussed ability lets her leap out of the fight and become concealed for several seconds, which is handy for re-positioning when the brawl becomes just a little too much for her to handle.

Faring less enjoyable is Agent Venom, who is the new guy in the Team-Up roster (characters who act as AI sidekicks to your main hero). While his character model is suitably excellent, and moves around with that sticky, tentacle-extending manner that we’d expect from Venom, his combat style feels relatively bland: it’s simply firing two pistols at anything that moves. Having used Falcon previously, there’s no notable difference between the two. 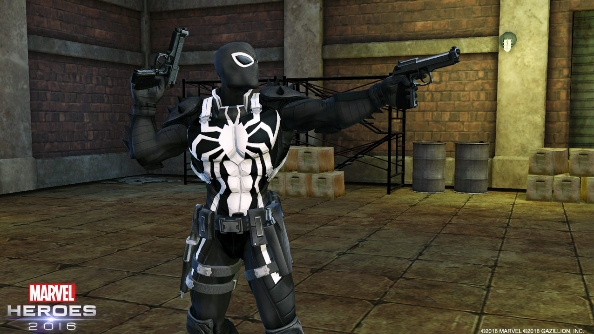 For all Marvel Heroes’ Diablo influences, generally it’s not felt all that at home on a mouse and keyboard set-up. There’s something about repeatedly clicking on things that just doesn’t mesh with superhero brawling. Marvel Heroes 2016 adds controller support to the game, and in regards to combat, it’s an astonishing difference.

Movement feels far more natural when using analogue sticks, and the use of face-buttons for activating abilities is great, especially on those with no cool-downs that allow a bit of button mashing. Your eight-skill hotbar is split in two, and holding down left or right triggers will make four abilities ‘active’, meaning you can use the face buttons for two abilities each, depending on the trigger depressed.

If you’ve ever played the Marvel Ultimate Alliance games on console, they’re the closest touch-point for Heroes’ controller support. It goes a long way to making the simple act of pulverising bad guys a lot more entertaining. 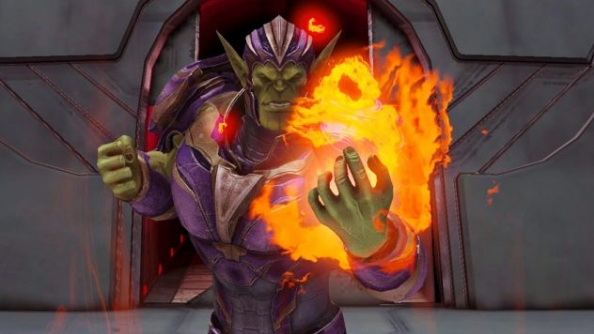 Unfortunately the more MMO, PC-centric elements of Marvel Heroes suffer with a controller. While the Start button brings up a new radial menu that allows easy access to the various character and skills sheets, navigating them is done via a cursor controlled by the analogue stick, which can be fidgety.

Combined with the need to use a keyboard for chat, controller support should be seen as an additional element to playing Marvel Heroes, rather than an alternative. It doesn’t magically convert it to being a perfect Steam Link game, but provided you’re happy to stay at your desk and mix up the two inputs it is a welcome, if not perfect, addition.

It doesn’t quite reinvent itself to the same extent as Marvel Heroes 2015, but 2016 doesn’t exactly need to save the helicarrier before it falls out the sky. It’s not likely to convert any naysayers, but these additions, plus leaderboards and the upcoming tournaments, caters well to the legions of fans that already flock to Marvel Heroes every day.