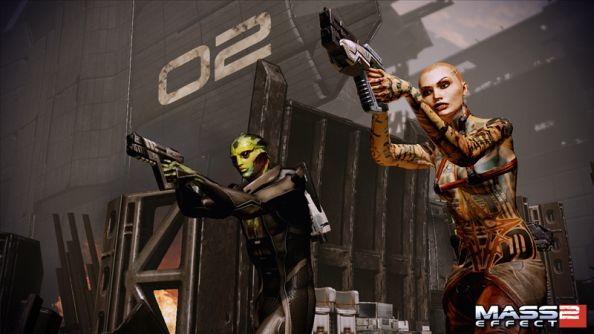 Celebrate the upcoming release of Mass Effect: Andromeda by playing through the best game from the original trilogy again.

For more freebies, check out our list of the best free PC games.

Mass Effect 2 is completely free in Origin’s latest On the House promotion. There’s no telling how long it’ll stick around, so best head to Origin and pick it up now.

The second game in the Mass Effect series was a huge step forward, both in terms of fidelity and its shooting mechanics. Not only that, though, Mass Effect 2 has an incredible structure to it.

You’re recruiting a dream team of different species to tackle what’s considered to be a suicide mission. On the last mission, everyone in your team can be wiped out. It helps that these companions are the best characters in the entire series.

There’s still enough time to play through it before Andromeda arrives, so why not grab it while it’s free.