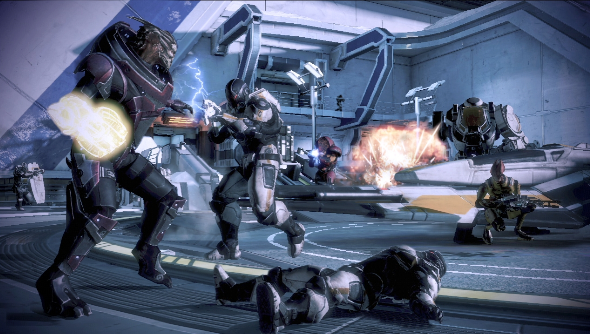 The chances that BioWare’s next Mass Effect game will have multiplayer is pretty high. I say this not just because both of BioWare’s last epic RPGs had multiplayer, but because the studio is actively searching out a new online producer.

Shouting into the Twittersphere, BioWare’s senior development director Chris Wynn linked to a job opportunity on EA’s careers website, noting that he was looking for someone to help shape online for the next Mass Effect game.

Things are getting real now and I need an excellent Producer to come shape online for the next Mass Effect – http://t.co/L4G3OBAn87

Whilst this could just mean online features and connected functionality, it’s most probably going to be some form of multiplayer. EA have been adamant for many years now that all their games would offer online content, and both Mass Effect 3 and Dragon Age: Inquisition had co-op multiplayer modes.

Mass Effect 3’s multiplayer proved fairly popular, but I feel probably more for the fact that you had to play it in order to raise your galactic readiness rating to get the game’s best ending. Inquisition did a far better job, with mini dungeon raids that felt like Dungeons and Dragons skirmishes. Even though Mass Effect 4 won’t take any inspiration from Dragon Age, I’d hope that any multiplayer would edge closer to Inquisition’s ideas.