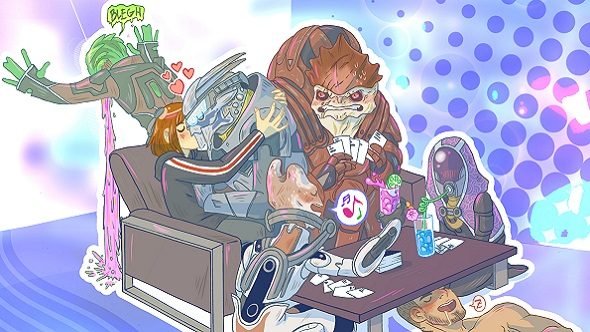 There are 14 Mass Effect-themed cards coming to a Cards Against Humanity in an expansion, for some reason.

If you’re into adult things, read our list of the best sex games.

The expansion has been co-written by BioWare, so expect plenty of jokes about alien banging.

Cards Against Humanity has players using prompt cards to make amusing or offensive questions and answers. The winner is whoever can be the biggest prick, or something.

You can order it at the website, which is called TotallyF***ableAliens.com – no, seriously.

It’s a bit of a weird combo, especially with BioWare being seen as one of the more politically correct developers around. Cards Against Humanity encourages racist, sexist, rape jokes, and more.

If that sounds like your thing, you can buy it for a dollar at that website up there.