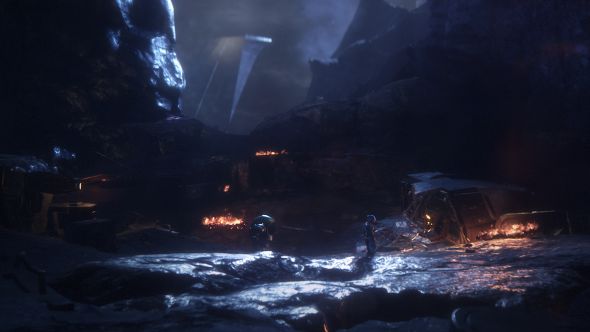 Mass Effect: Andromeda will feature a fully-fledged crafting system and an expanded version of Mass Effect 3’s wave-defence multiplayer mode, according to BioWare. Who would probably know.

Can’t wait to explore the infinite void? Try another of the best space games on PC.

The crafting system will focus on the alien technology you’ll be able to procure – in the form of blueprints – as you explore the Andromeda galaxy. You can then use these to build new weapons and armour, extending the equipment modding system in the original Mass Effect trilogy.

“The narrative setting means that you have alien races with new tech, and I think it’s compelling for players to craft new stuff,” says producer Fabrice Candominas. “That’s part of the roots of the RPG system.”

As with previous Mass Effect games, you’ll be able to repeat the campaign in a New Game Plus mode, presumably retaining your character level, equipment and moral alignment (whatever shape that system takes in Andromeda). Unlike the original trilogy, however, Andromeda’s New Game Plus will let you change your gender.

Previously, certain dialogue options and plot twists were only available if you had a well-developed moral position early in the game, which gave incentives to try New Game Plus. Further longevity comes in the form of multiplayer, which is being expanded since its introduction in Mass Effect 3. Lead designer Ian Frazier says that the core of Mass Effect 3’s multiplayer – a co-operative wave-defence game – was sufficiently well-received that it will be retained.

This is plausible given Andromeda’s setting; it’s easy to imagine a team of colonists having to defend new settlements against waves of hostile aliens. The group tasked with this are called Apex Force, and as before, you’ll pick one of several different character types, with different loadouts and abilities. 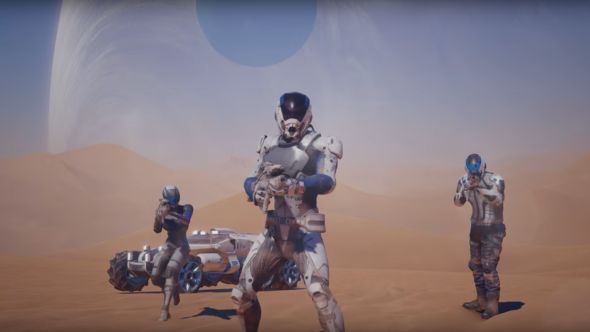 There’s new stuff too, in the form of a second currency of progression. As well as regular XP, you’ll now have prestige XP, which “goes to every character in that type,” says Frazier. “All the tanky characters, for instance, might be a group that earn prestige XP together. And there’s a different benefit for each type of character. Let’s say you play these tanky characters – it could be three different ones – you earn enough prestige XP to level up. Now you get a health benefit to all of your characters, not just the ones of that type.”

If that’s unclear, we should get more details when the Andromeda multiplayer preview gets underway. Sadly, it’s console-exclusive.

In Mass Effect 3, a high-leveled multiplayer character could be “exported” to the campaign as a war asset, strengthening your forces and making a difference to the ending you got. Perhaps these two XP systems will enable something similar?

One last carryover from Mass Effect 3 is also confirmed: as before, you can unlock card packs for Andromeda’s multiplayer with in-game credits or with real-world money. Nothing will be exclusive to real money purchases; they’re just a shortcut to stuff you can otherwise earn through normal gameplay.

This isn’t all that’s emerged from Game Informer’s huge feature on Andromeda. Click here to read about the story structure.