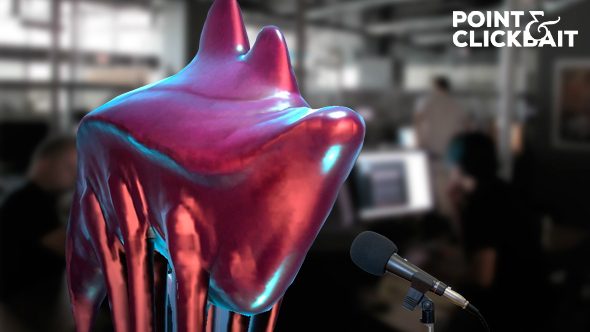 BioWare’s animation lead has come forward to take full responsibility for Mass Effect: Andromeda’s heavily-criticised animations, saying that “this one apologises for not understanding human bones”.

Andromeda has been under fire even before it launched, with reviewers describing the persistent animation bugs as “terrifying” and “a perfect heir to the cosmic horror of the Reapers”. BioWare has been reluctant to speak out about the issue, but pressure from fans has compelled the company to finally clear the air. Hovering gently next to the microphone at a press conference outside BioWare’s Montreal headquarters and reading from a pre-prepared statement clutched gently in its tentacles, animation lead Vynollendis flashed with bioluminescent regret as they delivered their message.

“This one feels great shame at having to guess how your human bones and muscles function,” droned Vynollendis, mournfully. “This one possesses no bones of any kind. This one supports itself using a series of air-filled bladders, and was forced to imagine how it would manipulate a primitive framework of solid calcium deposits.”

“This one acknowledges that Electronic Arts HR department forbade it from touching any more human co-workers due to the constant, lethal toxins this one excretes from its skin. This one deeply regrets the loss of several lives.”

BioWare’s general manager Aaryn Flynn added that the difficulty in finding a team who could “survive contact with, let alone understand what Vynollendis was saying” led to a roster of animators who only had “passing familiarity” with the human anatomy.

“Our commitment to diversity means that sometimes we have to make decisions like this,” Flynn continued, shuffling away from a flailing Vynollendis.

“We apologise again for the weird crab-walking and horrific rictus grins, but we are sure our players understand we have to stand up for what we believe in.”

“We embrace diversity in all its forms – whether that’s ensuring great representation across the community, or hiring literal aliens from space to work on important animation issues that they could not possibly understand.”

Point & Clickbait is the internet’s finest source for extremely true, real, and in no way satirical gaming news.