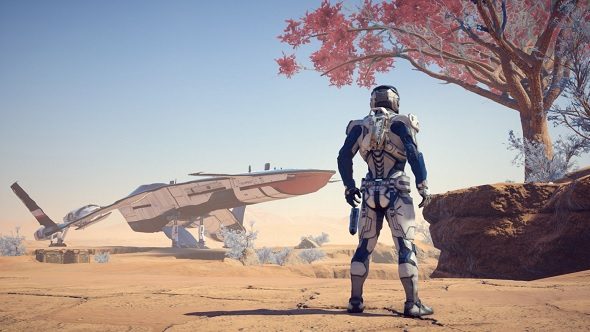 BioWare said earlier in the year that Mass Effect: Andromeda’s conversation options would be ditching the black and white morality of the original trilogy for shades of grey. Now the developers have gone on to say exactly how that will work.

Here’s everything we know about Mass Effect: Andromeda.

In an interview with GamesRadar, creative director Max Walters explained:

“The reason [Paragon/Renegade] are gone is because they were very tied to the Shepard character, so they didn’t really make sense if we weren’t going to have Shepard as our protagonist. What we have now is based more around agreeing and disagreeing.”

Walters says this is in reaction to how binary Paragon and Renegade are. You choose red or blue and you stick to it, not thinking about your responses on a case-by-case basis. This new solution will hopefully change that.

These options will either come in that agree/disagree flavour, or you will be able to choose between four tones when responding to people. Thing is, if I’m given the option to headbutt someone mid-conversation, I’m going to do that every single time.

Mass Effect: Andromeda comes out on March 21 in NA, and March 23 in Europe.