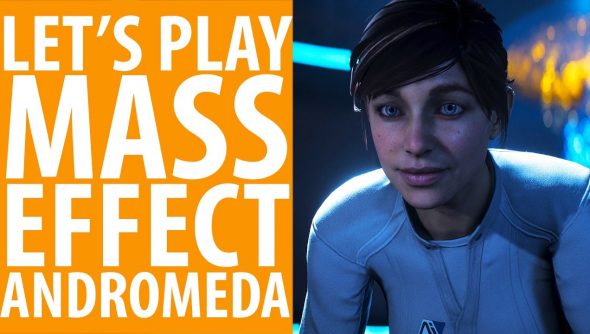 A new Mass Effect is but days away, with the first few hours available to all on Thursday, and the full thing just a week later for the EU, less for US. For now, you’ll have to make do with the first hour, as played by us. We have a little explore, talk to a few people and blow up a robot – it’s good stuff. See it above.

Have a look at our guide to Mass Effect multiplayer for a preview of everything we know before launch.

Wouldn’t be a Matt video without at least one death. As far as we’re concerned this is where Sara Ryder’s journey ends. Surrounded by aliens, dying to save her father’s shuttle. Sure hope he can get … the rest of whatever we’re here for done.

Absolutely loads more to come on the Mass Effect front, so make sure to subscribe to our channel for more.