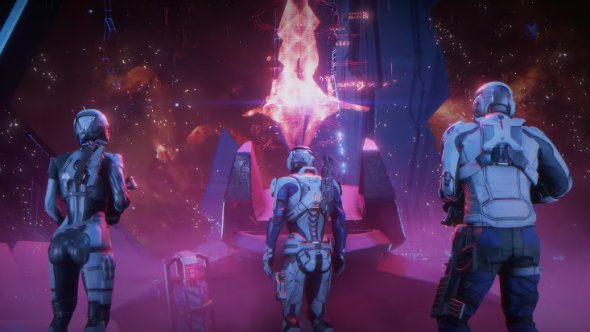 Loyalty missions were one of the best things about Mass Effect 2 – optional sidequests that flesh out the cast. Unfortunately, these were dropped in Mass Effect 3 due to time constraints, but luckily they’re back for Andromeda.

Don’t ever close your eyes, don’t ever fall asleep – don’t ever miss a thing with our list of upcoming PC games.

“I loved the loyalty missions,” creative director Mac Walters told Game Informer. “As a writer, one of the things I loved was the freedom to say ‘I know this character is coming along,’ so they can carry a lot of the narrative.

“That made my job easier, but it also made it more fun, because I could tell a more specific story in one of those missions.”

As ever, it’ll be up to you if you want to tackle them in Andromeda, with the big incentive being a chance to get to know your (hopefully) interesting squadmates a bit better.

Where Mass Effect 2’s loyalty missions impacted the ending, here they’re apparently “much more optional”, so you won’t be punished for missing them. In fact, you can even tackle them after the main story, says Walters, suggesting squadmate death probably isn’t a thing this time around.

If you missed it earlier, you can check out Mass Effect: Andromeda’s new cinematic trailer here.