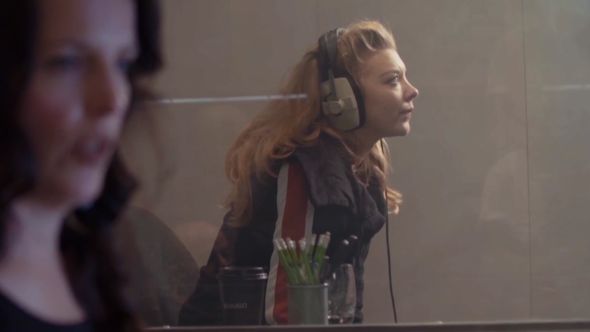 Game of Thrones’s Natalie Dormer will lend her voice to one of the first faces you see in forthcoming space opera Mass Effect: Andromeda.

Find out who she’s taking care of in our Mass Effect: Andromeda character guide.

Dormer plays Lexi T’Perro, the Asari doctor who gives you your post-cryosleep medical after you arrive in the Andromeda galaxy. T’Perro will serve on the Tempest as the Pathfinder team’s physician for the rest of the game – barring mishaps, of course.

It’s her job is to analyse the people around her and ensure their physical and mental wellbeing, but creative director Mac Walters says “she’s got her own things that she’s dealing with”. This is part of the team’s goal of making characters feel more real by giving them their own needs independent of the player – T’Perro will apparently have a rivalry with fellow Asari Peebee, and a bit of a crush on Drack, your Krogan.

This second video features a chat with Dormer herself, who mentions Gethin Anthony coming over her headset. Anthony played Renly Baratheon, husband to Dormer’s character Margaery Tyrell in Game of Thrones. Dormer says his character in Andromeda is ‘Gil’, which we suspect means he’s playing the Tempest’s engineer, Gil Brodie. It’s like Westeros in space.

Intriguingly, Walters says “you can go to Lexi and get opinions from her about how you’re playing the game, and how people are reacting to the decisions you’re making”. That’ll be helpful for anyone looking for advice on their approach to the rest of the crew without having it all laid out for them in a guide.

Check the video above to see Dormer reading her lines (in an N7 hoodie – nice touch) and get some more insight from the writers on T’Perro’s personality.