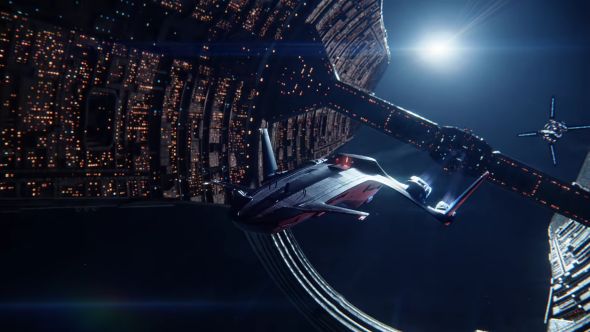 For all the open world games cribbing from it, The Witcher III: Wild Hunt might prove to be one of the most influential games of the current generation. In the March issue of PC Gamer magazine, we learn about what’s been taken with respect to Mass Effect: Andromeda’s world design, with BioWare’s last game, Dragon Age: Inquisition, providing an example of what not to do.

Like to learn whose personal crises you’ll help to resolve? Check out our Mass Effect: Andromeda character guide.

A few key points have been collated by skynomads on Reddit. Chief among these is the news that there will be over a dozen hub areas in the game in addition to the planet areas. These hubs will include the Nexus, the equivalent of the original trilogy’s Citadel, and Kadara, a town that looks like something from Firefly, or a cyberpunk Wild West.

This implies quite a lot of quests, but it was important to the developers that all this side content should feel meaningful, with less of the empty busywork that has bedeviled open world games in recent years including, arguably, Dragon Age: Inquisition. Skynomads quotes a BioWare staffer saying they are “approaching the completionist aspect very differently, because we’ve done and learned a lot from Inquisition.

“But we’ve also observed what other games have been doing, like The Witcher. And it was very important for us that the quantity of scope doesn’t downgrade the quality of whatever you are doing there,” they said. The Witcher III: Wild Hunt had well over a dozen hub areas if you’re counting every town and village with multiple quests as a ‘hub’, but each were of varying sizes, with a wealth of different problems to solve.

Structurally and narratively, it sounds like Andromeda will lean in this direction. There will be no apocalyptic overarching threat like the original trilogy’s Reapers (or The Witcher’s Wild Hunt, come to that), and thus the tone will be a bit lighter. There will be more casual stories, with themes including exploration and individuals’ personal crises. This sounds like a good basis for more loyalty missions, which we know will make a return from Mass Effect 2.

Some other interesting tidbits are that Alec Ryder will pass down the title of Pathfinder to the player in the game’s first act “for as-yet-unknown reasons”, and that some of the Andromeda Initiative have apparently broken off “and formed factions”.

We also learn a little about how Andromeda has been written, via lead designer Ian Frazier on Twitter. He says each NPC and mission is owned by a single writer, and that when a mission is finished, the writers who own each squadmate take a pass to ensure their character reacts properly to the events of that story.

Check out the March issue of PC Gamer for more.