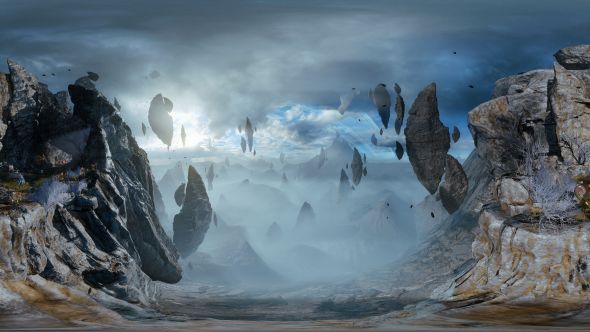 Mass Effect: Andromeda is huge. In fact, BioWare announced at a recent press event that it will be the biggest game they have ever made, and dropped a few daunting statistics to back this up.

Who on New Earth is doing all this talking? Meet your new friends in our Mass Effect: Andromeda character guide.

Of your squadmates, the one with the fewest lines still has as many as Shepard does in the entirety of Mass Effect 3. Also, some ‘story planets’ will be as big as the entire map in Dragon Age: Inquisition.

A ‘story planet’ is what BioWare calls the biggest worlds, the ones with a quest in Andromeda’s critical path – the equivalent of, say, Priority: Tuchanka in previous games. We asked how many there would be, but weren’t given an answer more precise than “several”, of which only “some” will be as big as Inquisition.

It’s also worth noting that in Andromeda, you’ll have the Nomad to help you look around, whereas despite Inquisition’s horses, it was generally designed to be traversed on foot. Hence, exploring Andromeda’s planets is likely to feel like less of an undertaking than walking across Inquisition’s map. Even still, that’s a hell of a lot of ground to cover.

For more things we learned from our hands-on time with the game, check out our Mass Effect: Andromeda preview.