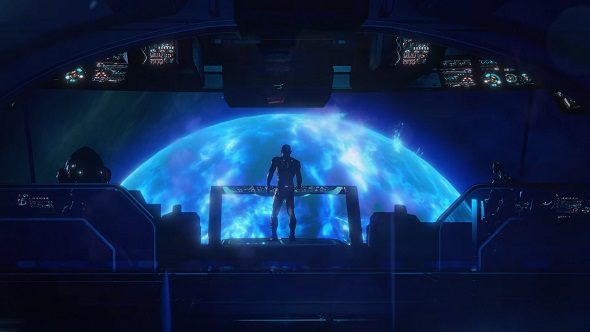 In an interview with PC Gamer last week, Mass Effect: Andromeda’s game director Ian Frazier revealed details about how exploration of the Andromeda galaxy continues after the main story is finished. Rather than old Mass Effects which locked off the rest of the world once the final story mission concluded, the adventures of the Ryder twins will carry on after the credits roll.

Get briefed on everything we know about Mass Effect: Andromeda’s story.

When asked about if Andromeda would feature many time-sensitive missions, Frazier responded that “there’s nothing that’s explicitly time-sensitive”, but that there are “a handful of quests that if you finish the main story, are no longer accessible.” These are a “pretty small percentage” according to Frazier, so don’t worry too much about missing loads of missions on your first playthrough.

For the most part, Mass Effect: Andromeda’s quests will still be available to the crew of the Tempest after the completion of the story, including “the loyalty missions” from specific crew members. It makes sense that as a crew of explorers who are trying to find a new home in this new galaxy, the story of Andromeda continues on after its ending, as the Ryders and their fellow crewmates keep looking for a home or starting building up their new homeworld.

The only other time sensitive quest component is that certain tasks will only unlock once you reach certain points in the galaxy. This is to “not to drown you” in quests, so you aren’t forced to play map janitor as your galactic map is covered in notifications. I imagine it is to also stop players beelining for later missions and preventing sequence breaks, by having wily space explorers jetting straight off to end-game worlds.

There won’t be much of a wait to truly test how open Mass Effect: Andromeda is, as its launch is just under a month away. There is additional good news as BioWare have also announced that Mass Effect: Andromeda has gone gold, meaning there will be no more surprise delays ahead of the game’s launch on March 21.