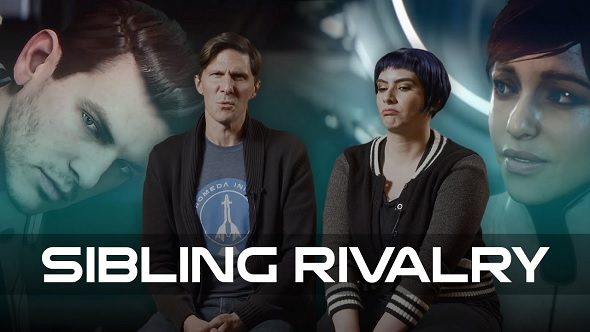 Wanting to introduce the world to its new protagonists, BioWare have released a short video, revealing the voice actors who will be providing the dulcet tones of Scott and Sara Ryder during Mass Effect: Andromeda.

On the Mass Effect: Andromeda trailer front we’re gathering everything into a single post.

Tom Taylorson and Fryda Wolff are the actors in question, who both worked on Octodad: Dadliest Catch where Taylorson played the titular octopus while Wolff played daughter Stacy. Wolff has had quite a few voice roles in games, working on XCOM 2, Street Fighter V, Evolve and Civilization: Beyond Earth while Mass Effect: Andromeda acts as Taylorson’s second video game voice role.

Like many of BioWare’s previous behind-the-scenes clips, this video is suitably tongue in cheek, with Wolff and Taylorson acting like warring siblings throughout the whole piece.

This bodes well for when the two star in game together, as both Scott and Sara Ryder appear as separate characters in Mass Effect: Andromeda. Unlike the singular Command Shepherd, your sibling will be somewhere in the galaxy for you to find while playing. Alec Ryder, father of the Ryder twins, will also be a character you interact with over the course of Mass Effect: Andromeda and is voiced by veteran voice actor Clancy Brown. You’ll probably know Brown from his on-camera work in The Shawshank Redemption, alongside his voice roles as Dr. Neo Cortex in the original Crash Bandicoot games as well as Mr. Krabs in SpongeBob Squarepants.