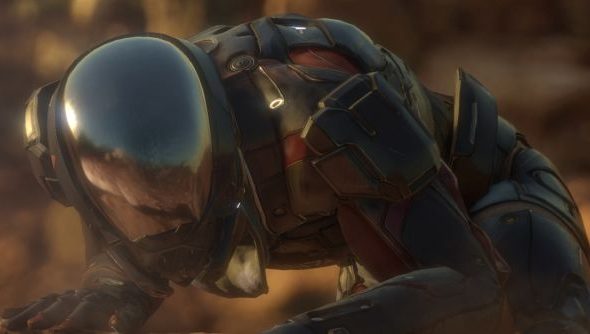 Speaking to investors, Electronic Arts have confirmed that Bioware’s Mass Effect: Andromeda will miss its initially announced release window of Holiday 2016 and slip into the wiles of Q1 calendar 2017. Why the calendar clarification? Because EA are calling it Q4 – in their financial year, which runs April to March. Nothing confusing about any of this at all, I assure you.

The Mass Effect series features in our picks for the best RPGs.

The announcement was spotted by NeoGAF and clarified by Eurogamer.EA chief financial officer Blake Jorgensen had this to say during a Morgan Stanley conference in response to a question about the upcoming financial year and non-sport IPs:

“We’ve got a great year ahead. We’ve got our Battlefield first-person shooter game coming in the third quarter, and our third-party title that Respawn, our partner, built, it’s called Titanfall, it’s the second title that they brought into that brand. Both of those are first-person shooters and will be targeted around the fast, action-driven shooter market, as well as the strategy-driven market in that quarter. We have our Mirror’s Edge runner game this first quarter, and then we have Mass Effect, which is a sci-fi action game, in our fourth quarter. So big year ahead and we’re pretty excited.”

As EG pointed out, a Q4 financial year release usually means pushing it out as close to the end of March as possible to keep developers squashing bugs as long as they can while still getting that cash burst into that year’s books. Mid-March is now your most likely release date for Mass Effect: Andromeda. This is also one of the first times we’ve heard EA talk about Titanfall 2 being this year (and inevitably an E3 ‘surprise’), as well as confirmation of a new Battlefield on the way.

Have a look at everything we know about Mass Effect: Andromeda, and here’s that E3 2015 trailer with the now-delayed release date: