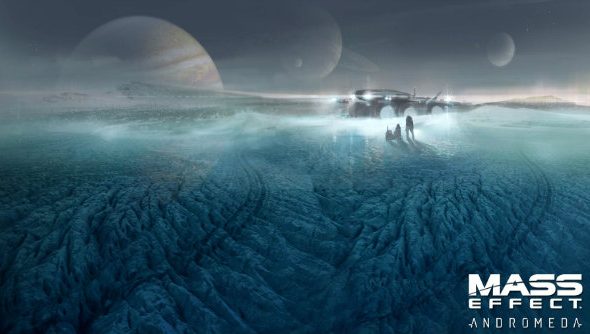 Cameron Harris, senior editor at BioWare, is packing in work on Mass Effect: Andromeda and is leaving the games industry altogether. Andromeda can’t be that bad, surely.

There are a few of BioWare games in our picks of PC’s best RPGs.

Joking aside, it doesn’t seem like the quality of BioWare’s upcoming sci-fi sequel had anything to do with her departure, as Harris explained in a series of tweets:

“I’ve decided to exit the video-game industry to return to Seattle for new opportunities there. I’ll be leaving BioWare in mid-April.”

“I had a great time at BioWare, working with so many talented, passionate folks. I’m grateful for everything you taught me over the years.”

“I wish all the best for my friends and colleagues at BioWare and across the games industry. You are some of the finest people I know.”

“And to the fans especially: thank you for all of your enthusiasm and support over the past several years while I did this games thang.

As senior editor, Harris was responsible for tidying up the writing in the games she worked on, as well as checking it over for anything that might bring the metallic tendrils of the Reapers (lawyers) down on them.

Throughout her career, Harris has worked for everyone from Microsoft to Nintendo. In that time she’s worked on such titles as Mass Effect: Andromeda, Gears of War 3, Guild Wars 2, Star Wars: The Old Republic, Dragon Age: Inquisition, Fable: The Journey, and more.

This news follows the departure of Mass Effect: Andromeda’s lead writer back in September, perhaps hinting that the writing portion of the game is finished.