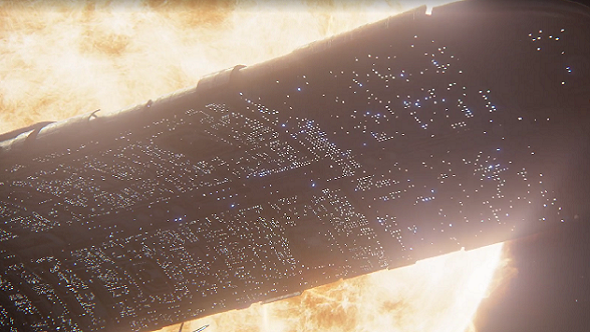 Check our upcoming PC games list to keep track of 2017.

Nexus, inspired by the Milky Way’s Citadel, serves as the home base for aspiring explorers when they head to the Andromeda Galaxy, alongside the Ark ships that house many settlers during the long cryosleep for the 2.5 million lightyear journey.

The Nexus carries a contingent of officials, engineers, traders and security personnel, and acts as a central support hub and temporary home upon arrival of the 20,000 humans aboard the Ark.

The massive space station will be built upon once it reaches Andromeda, with the Arks embedding into it and the construction being expanded by the best and brightest among the settlers. Pathfinders, meanwhile, are responsible for seeking out habitable worlds and paving the way for other humans, as lodging on the Nexus isn’t meant to a permanent solution.

Watch the new video at the Mass Effect: Andromeda site and let Avina – a virtual intelligence hologram designed to answer questions and provide guidance and insight on current events – talk you through it.