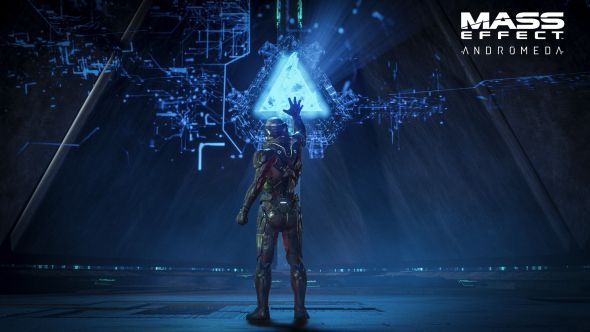 New details of Mass Effect: Andromeda’s gameplay have surfaced on Reddit, as a writer for Game Informer shared what he learned while putting together that magazine’s huge December feature on the game. Picking through the detail, we learn more about romance, morality, which aliens made the trip from the Milky Way, combat and much more. Do read on.

Hungry for more details? Here’s everything we know about Mass Effect: Andromeda so far.

Joe Juba is GameInformer’s senior reviews editor and the writer of their Andromeda cover story, and he took to Reddit earlier today for an ask-me-anything session. There he was grilled by eager Mass Effect fans, determined to wring out every last drop of detail from his time with the game and its developers. Here are the most flavourful of those droplets:

“The team seems committed to offering of broader range of interactions,” says Juba, with respect to Mass Effect’s traditional disregard for workplace boundaries. “Like, it won’t just be ‘pursue a love interest, make the right dialogue options, then have sex before the final dungeon.’ Some characters might be up for a longer term thing, some might just be flings. Some might [be] completely unromance-able, but even in those cases, the dev team wants to make the culminations of those relationships interesting – even if they aren’t sexy.”

Depending on the character, there may also be some crewmates (like Iron Bull in Dragon Age: Inquisition), “who are cool with you pursuing other romances”.

On morality, conversation wheels and decision-making

Mass Effect’s simplistic paragon/renegade moral alignments are scrapped, or at least revised, for Andromeda. “Your decisions still have an impact. But it doesn’t feel like they’re being quantified in the same way,” says Juba.

Rather than make branching good and evil choices, you’ll be able to vary the tone of what you say, and this accomplishes a lot of the role-playing that players enjoyed about being a good guy or a bad guy. “Some dialogue wheel options might have one of four tones attached. They were explained to me as: head, heart, professional, casual. I didn’t see much of this in action, but from the description, it reminded me of Alpha Protocol’s approach to coloring your dialogue options.”

Another point of comparison is Dragon Age: Inquisition. As one user points out, “the options there were kind of tied to an emotional disposition (angry, reserved, etc.) and what seemed ‘right’ to some of the party was frowned upon by others, without affecting the main character’s moral score significantly.”

Juba replies “I would also say it was like that, if you had fewer and more clearly defined options in DAI.”

So perhaps there will be fewer branching choices aboutwhatto do, but more decisions to make abouthowyou do something, with all that that might say about your character’s personality. 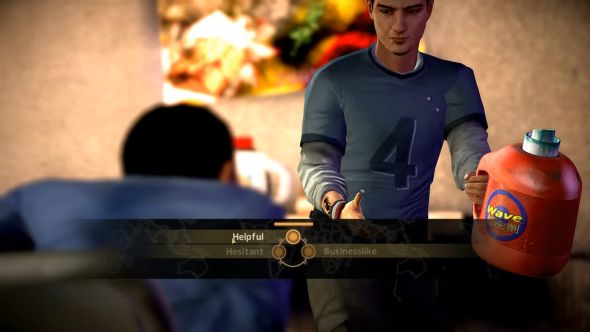 On other alien races

Four of the Milky Way’s sapient species “specifically came to Andromeda on the Arks (Turian, Salarian, Human, Asari). However, the Nexus (which is kind of like Andromeda’s version of the Citadel) was sent ahead of the Arks, and the Nexus had a more varied staff”, says Juba. “I don’t know specifically which other races (apart from Krogan) got to Andromeda via the Nexus, but theoretically, it could be any of them.”

Responding to a question about Quarians, presumably from a Tali fan, Juba says “If I had to bet, I’d say Quarians will be there. I wouldn’t be so confident in C-tier species like Vorcha, Batarians, etc…” And now I want an Easter Egg scene in which a Vorcha is called ‘C-tier’. He’d probably take it fine.

On cities and hub areas

Juba didn’t have too much light to shed here, but what he does say is interesting. “I don’t know what exactly qualifies as ‘city,’ but I know that there’s at least one colony and more than one hub area – though they aren’t all, like, Citadel-big.” One user seized on this answer, asking if the implication was that there “is at least one that’s Citadel big?”, to which Juba replied “Nope, don’t even know that for sure. Sorry!”

From his answer an alien races above, it sounds like the Nexus will be the galactic hub for your exploration, and that there may be one or more smaller hubs which are presumably more local. Perhaps you’ll establish colonial bases on planets, and work out from them during particular missions or story chapters?

The evolution of combat in Mass Effect has generally been away from menu-heavy RPG styles toward more dynamic action styles, and it sounds like Andromeda is leaning hard in the latter direction. “I definitely saw pieces of all three games across various features in Andromeda, but in terms of combat specifically, it is most like the multiplayer in Mass Effect 3”, says Juba. “A bigger focus on hot-keyed powers (with individual, not global, cooldown timers) is probably the main factor there. You aren’t always bringing up a radial menu – and pausing the action – to activate your abilities.” 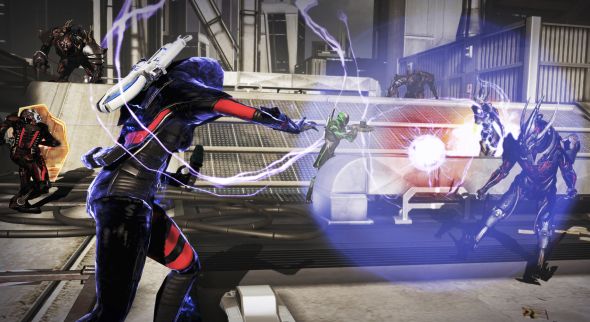 On classes and character builds

Asked about character building, Juba said he “didn’t get to experience this first-hand, so I can’t pretend to know the full range”, but he did ask the combat designers about their approach. “My big takeaway was that they don’t want players to feel bound to a class before they have a chance to experiment with what that playstyle really means. (I can certainly appreciate that. Vanguard in ME1 sounded so cool to me…but in reality, I learned about 20 hours in that it wasn’t what I wanted). However, for players like me who love optimizing, there are still incentives to stick to a class. Like, if you really love biotics and use a lot of biotic skills, you’ll unlock the Adept ‘profile,’ which gives you bonuses tailored to that playstyle.”

So it sounds like you might begin the game with a generic class, and unlock class-based specialisations later on according to how you play. That’s reading a little into what Juba says, but I hope it’s close to the mark. It sounds pretty good to me.

The “class system is still there in multiplayer,” says Juba. “You have different ‘kits’ like in ME3: asari adept, human infiltrator, krogan soldier, etc,” though he makes clear these are just random examples – they are notconfirmed.

“You still buy RNG loot packs. However! There’s a Destiny-like store where you can spend a different currency to buy a specific item in stock, and stock will rotate.” For non-console players, Destiny has two vendors whose stock rotates each week, the idea being that when a rare or desirable item comes into stock, everyone will rush on to buy it. In Destiny, however, real money cannot buy goods at these vendors.

We didn’t learn too much more about multiplayer, but we’ll get a lot more detail when console players get to preview it.

“Most members of the Andromeda Initiative don’t know about the Reaper threat”, says Juba. “If they did, everyone’s reason for joining would be ‘Our galaxy is screwed, the Reapers are coming, let’s get out of here.’ By taking that out of the equation, the team opens up what I think are more interesting narrative branches for why people joined the Andromeda Initiative. What might someone be running from, if not the Reapers? Maybe they just want to make a fresh start. Maybe they need to hide.” 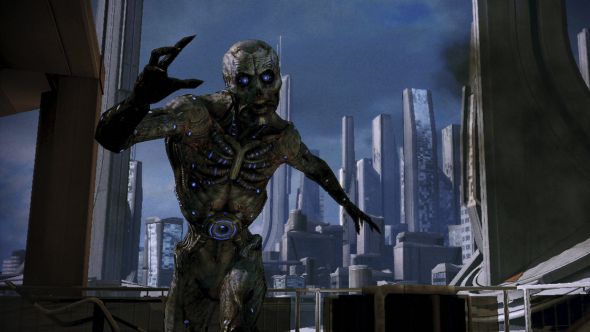 This is all of the most interesting information we’ve been able to glean from the AMA, but if you’d like to read the whole thing in full, click here. You can also check out GameInformer’s huge feature on Andromeda at their website.

Mass Effect: Andromeda is still on track to release in spring next year, and as the hype train builds up steam, you can be sure we’ll hear much more about it in the meantime.