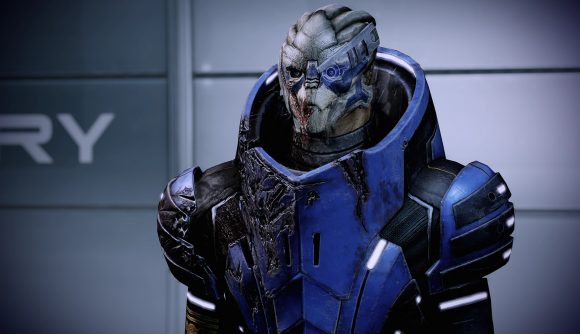 The long-heralded Mass Effect Legendary Edition launched this week, and some players are having issues. The remastered RPG games are causing crashes in some systems, and missing features are being highlighted in negative Steam reviews.

One player started a thread on Reddit about frequently encountering problems on the first Mass Effect. “Happens walking around on Citadel and spontaneously when interacting to talk with NPCs,” Reddit user Ocatone writes. “The game just disappears, but I can hear the sound. In task manger it is not responding and I have to force quit and reload.” In the replies, two more state they’re finding similar.

Over on the Mass Effect subreddit, threads are popping up of players being unable to launch the space games. One has nearly two minutes of footage of the author booting in circles, clicking to play Mass Effect, before loading, then being returned to the menu screen. Another can’t even get that far, stuck watching Origin start to load up the trilogy, before something fails, and nothing happens. To play the games through Steam, you need to link to an Origin account, EA’s own digital platform.

On Steam itself, similar is happening. “Worked fine on first boot (connected to EA via ), every launch afterwards does not work. The Origin client crashes, and won’t allow for the game to start,” one review says. However, the negativity on Valve’s store is more toward the remaster lacking certain options.

“This game only supports combat, interactive gameplay in 21:9, the in-game cut scenes and conversations are all 16:9 causing pillar boxes. The changing of aspect ratios also gives a sense of visual whiplash. I will change my review to positive if it’s fixed,” one reviewer writes. “No graphical options, forced mouse acceleration, no FOV slider, pillarboxed ultrawide, the list continues. Hopefully mods and patches will fix the PC port, but I just cannot recommend this until then,” another says. Of just over 2,000 reviews posted, 444 negative have been logged at time of writing.

BioWare is aware of some problems, and working on fixs – if you’re having trouble, the forums are a good place to start. We’ve contacted EA for comment, and will update if we hear back.