Looking for the best Mass Effect mission order for your Legendary Edition playthrough? In each game there are several main quests which take place on different planets, and these can be done in any order you like. Eventually, you unlock a clearly signposted final mission which serves as the ‘point of no return’. After this, you’re no longer able to complete other quests, meaning you might be locked out of the best endings if you haven’t been thorough enough in your questing.

Making sure you’ve completed all the quests you need before embarking on the final mission is essential, but when it comes to playing through the main game prior to this point, you can either decide for yourself which planets to visit first, or you can consult the wisdom of seasoned players who have put together recommended mission order lists for each game.

This includes recommendations on which crewmates to take with you on missions where they have unique voice lines, information on small changes that might arise if you fulfil prerequisites before a mission, and even advice to help the games’ narrative ‘flow’ better. We’ve also got tips on when to play Mass Effect DLC missions. Here’s our recommended Mass Effect Legendary Edition mission order list. 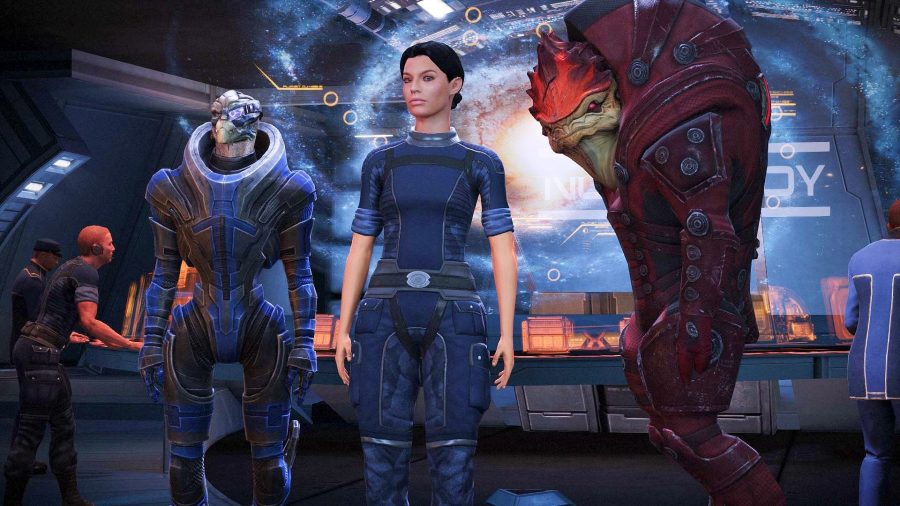 We recommend you head to Therum first to grab Liara. If you leave her recruitment until after Feros and Noveria, she suffers from the length of her imprisonment, and will initially treat you and your squad as hallucinations. Leave Therum until after Virmire, and she will be in a significantly worse condition when you arrive. This also prevents her from becoming a Mass Effect Legendary Edition romance option in the first game, as there isn’t enough time to get friendly with her.

If you want to see her alternate scenes, we recommend leaving her until last on a second playthrough. Poor Liara.

Whether you complete Feros or Noveria first is really up to you, although Noveria is easier, and Feros has a particularly tricky charm/intimidate check. The companions you bring are also up to you, though we recommend bringing Liara and Wrex to Noveria – Wrex has a lot to say, and Liara should be there for plot reasons.

You can complete the Bring Down the Sky Mass Effect 1 DLC as soon as you leave the Citadel for the first time – complete this whenever you feel like it.

The Virmire mission is the point of no return, so make sure you’ve completed as many side missions as possible, particularly Wrex’s Family Armor quest. Many of the side quests are referenced in later games, but if you’re skipping some, make sure to complete the UNC Rogue VI mission. You should also purchase the Elkoss Combine license at some point as this is useful in ME3. 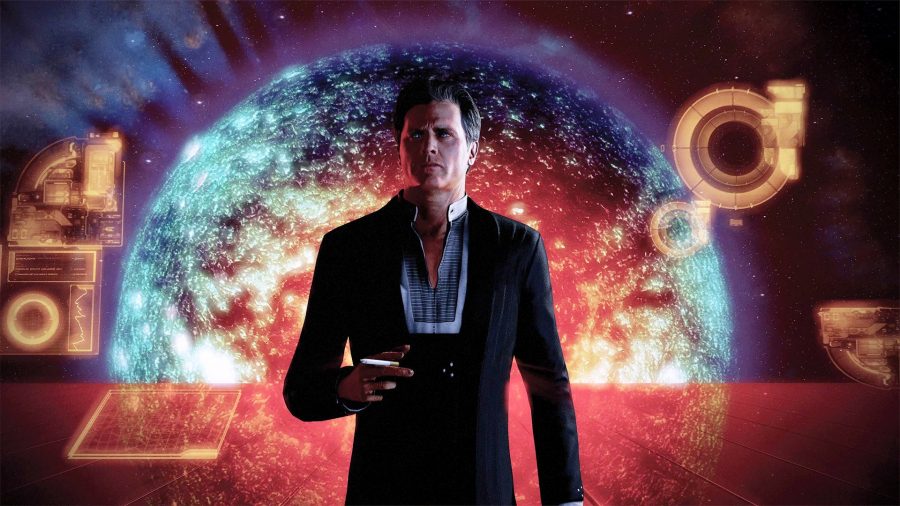 The recommended Mass Effect 2 mission order is as follows. First, we will cover the recruitment missions. Some characters have unique dialogue in these missions, so to hear the most unique content, you should make sure you’re able to take them with you.

We recommend doing Horizon at any point after getting Garrus, and bringing Miranda. 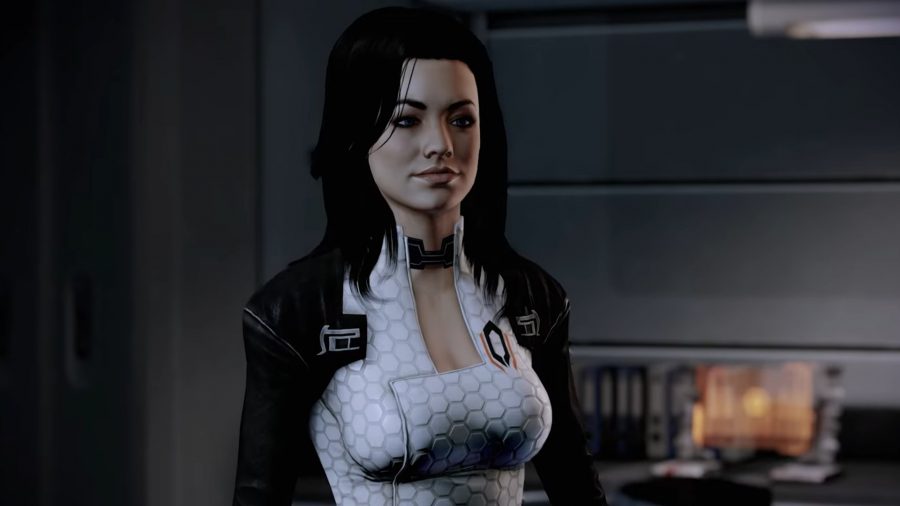 Collector Ship automatically triggers five missions after Horizon. The other missions – Firewalker, Project Overlord, and Normandy Crash Site – can be completed whenever you feel like breaking up the chain of loyalty missions. For plot reasons, Overlord works well later in the game, before Tali’s loyalty mission. Reaper IFF is the point of no return, after which a timer begins. You have enough time to complete two more missions before incurring major losses, which should be Tali’s loyalty mission, and then Legion’s loyalty mission, so you can experience their full dialogue. To get the best ME3 ending, it’s important you get rid of the geth heretics. After this, hurry over to the suicide mission, if you know what’s good for you.

Wondering when to play the ME2 DLC? We recommend saving Lair of the Shadow Broker and Arrival until after the final mission. This way, you can unlock all of Legion’s conversations, also allowing you to get the appropriate response from Liara if you romanced her in the first game and someone else in ME2. Feel free to play LotSB earlier, though, if you miss her. 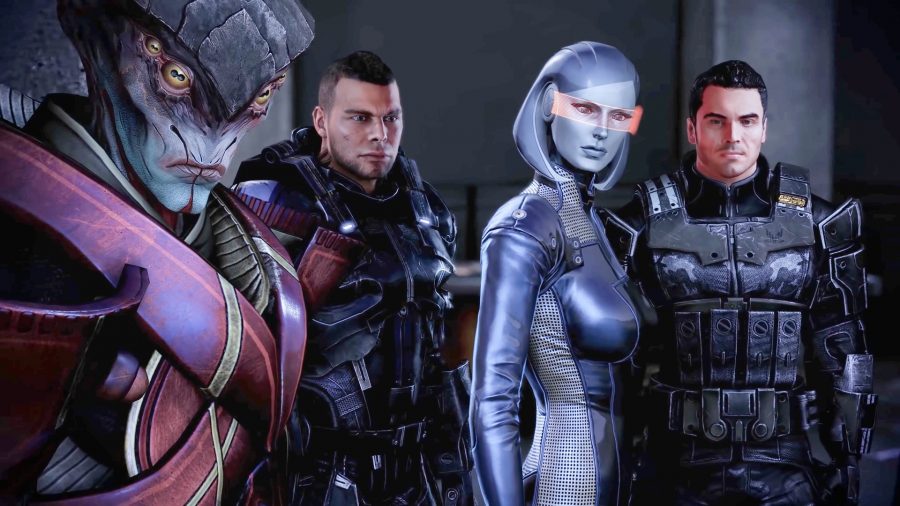 Our recommended Mass Effect 3 mission order is as follows – this guide presumes that all your squadmates survive ME2. You can swap a few of these around depending on how you feel you should prioritise – we’ll signpost the most important missions to complete before moving on. Every companion has unique dialogue in each mission, but we’ll mention the ones that we recommend for plot or utility reasons.

At this point, we recommend you head to the Citadel and talk to everyone, so you don’t miss out – particularly Thane, Liara, Kelly, Miranda, and Jondum Bau.

Complete all Citadel side quests before moving on. 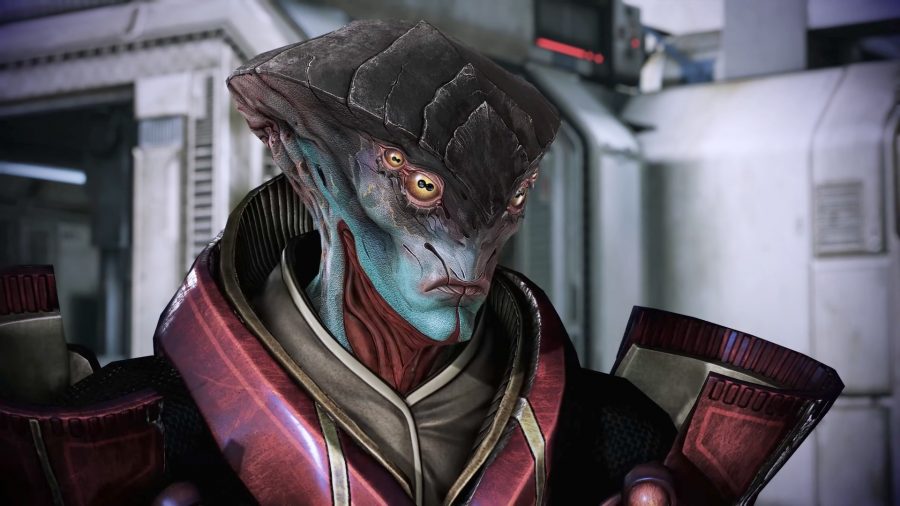 You can now start a ME3 romance by talking to your squadmates.

We recommend visiting the Citadel again at this point.

And there you go – time to make a new Shepard with our Mass Effect face codes guide and start the whole thing all over again, maybe this time with some Mass Effect Legendary Edition mods.