I’ll never forget the moment I first saw a Reaper in Mass Effect. A machine god ascending over the crimson skies of Eden Prime, arcs of electricity bending and flickering from its towering metal skeleton. Of course, I didn’t know at the time that it was a Reaper. Surely nothing that size could be alive, right?

For the majority of Mass Effect’s campaign, we only ever hear whispers of their existence. SOS transmissions, found footage from attacks – everything you learn about the Reapers comes from the dead. Throughout the first game the Reapers are phantoms operating in the shadows, unseen and unknowable. Shepard’s visions from the Prothean beacon on Eden Prime reveal that our galactic forbearers suffered a terrible, mysterious fate, but beyond these scant details, there’s little else to go on. Our nemesis remains largely illusory until later in the trilogy.

Instead, we spend much of our time hunting down Saren Arterius, a rogue agent of the Citadel Council whose fall from grace is nothing short of remarkable. BioWare cleverly uses Saren as a vehicle to showcase the Reapers’ most terrifying power: indoctrination.

As we progress through this quest the mystery of the Reapers gradually unravels. A preserved Geth memory core reveals that an ancient machine race was responsible for wiping out the Protheans. On the snow-capped peaks of Noveria, we learn more about Saren’s flagship, Sovereign, and its unusual mind-control abilities. But it’s on Virmire where things really shift gears. 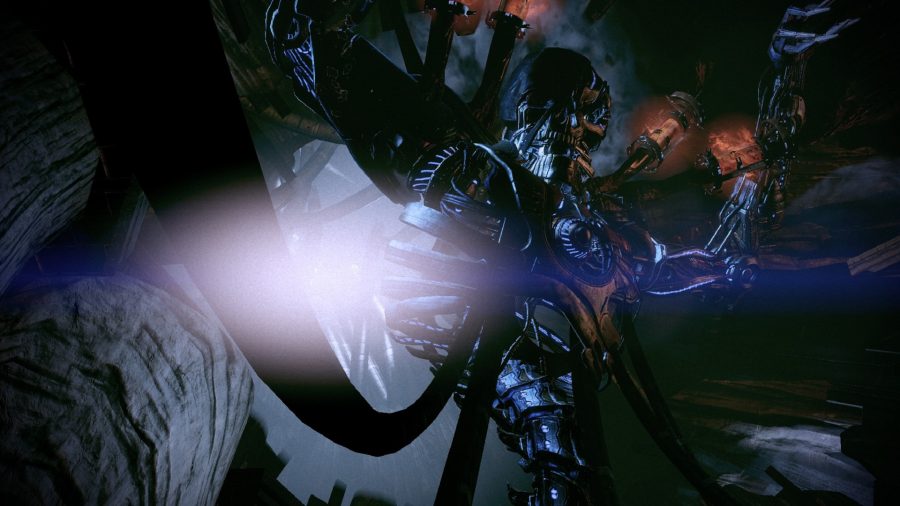 As you reach the heart of Saren’s base of operations, a holographic representation of Sovereign flashes into existence. A synthetic voice booms out from its outstretched tendrils: “You touch my mind, fumbling in ignorance, incapable of understanding. There is a realm of existence so far beyond your own, you cannot even imagine it. I am beyond your comprehension. I am Sovereign”. It’s a revelatory moment: Saren’s ship is a sentient being, Saren himself a mere agent – it’s one of the best twists in videogame history, and it’s perfectly foreshadowed.

Reapers represent an omnipresent, god-like force whose existence is supposedly beyond human comprehension

Sovereign tells you how the Reapers were responsible for creating the mass relay network, thereby shaping countless civilisations. At the apex of each civilisation’s existence, these timeless predators cleanse the Milky Way of advanced organic life, ready for the next cycle.

The Reapers represent an omnipresent, god-like force whose existence is supposedly beyond human comprehension. There’s no reasoning with them. They annihilated those who came before you, and they will do it again. “You exist because we allow it, and you will end because we demand it”, thunders Sovereign. 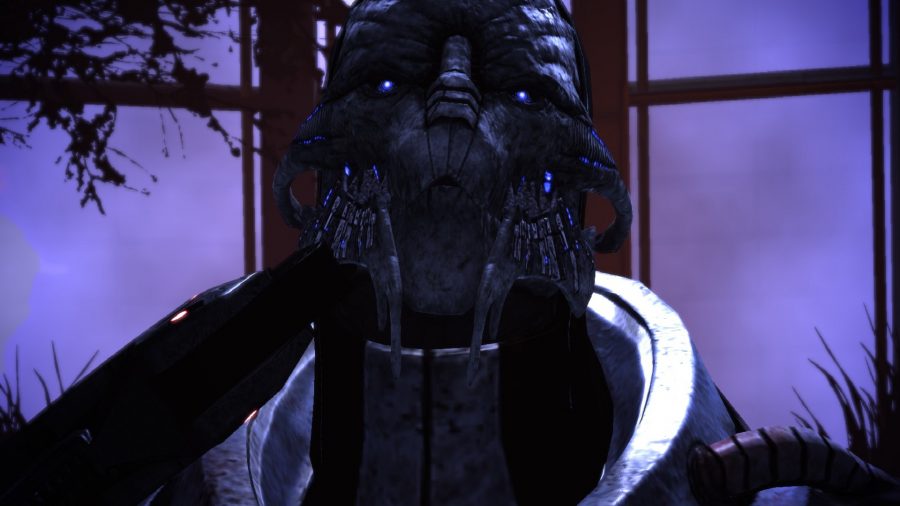 What makes these Lovecraftian terrors worse still is their ability to corrupt those around you. The shadowy claws of Reaper indoctrination are all-consuming, breaking down the barriers of the mind and turning each target into an obedient servant. The process is often subtle, so much so that its victims don’t even realise what’s happening to them. Indoctrinated agents become the enemy within, turning against their allies and sabotaging any attempts to resist the Reaper invasion. This is precisely what happened to Saren Arterius.

Initially, Saren uses his diplomatic cunning to hoodwink the Citadel Council and outmanoeuvre Shepard. He thinks his motives are his own, that siding with the Reapers was his choice. When Shepard convinces him otherwise, Sovereign tightens the leash of indoctrination and forces Saren to undergo further cybernetic enhancement. BioWare makes excellent use of body horror to convey this transformation: pipes snaking from the back of the skull, faintly glowing optics, and a Geth arm.

During Mass Effect’s epic conclusion, it takes the full might of the Citadel fleet to take down just one Reaper – and this only works because Shepard’s team had inadvertently broken its shields. So an attack force that could “darken the sky of every world”, as Sovereign foretells, puts the futility of Shepard’s fight into focus. 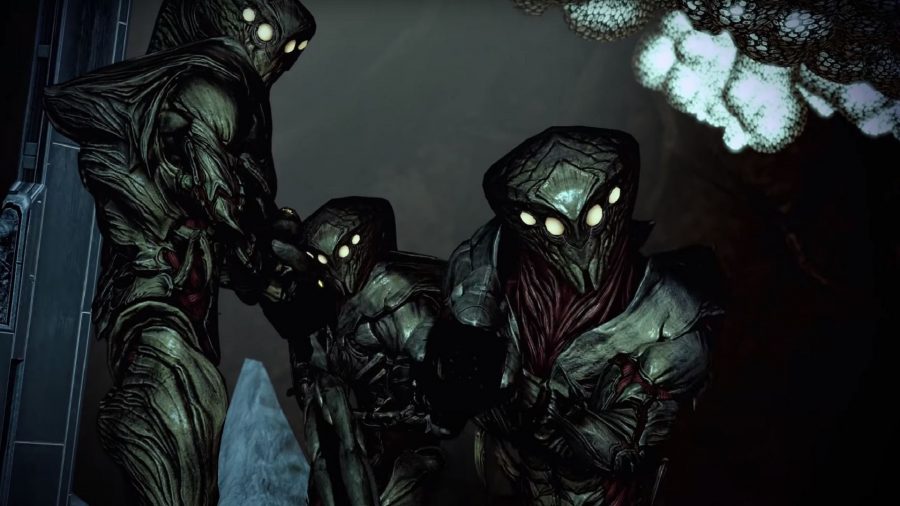 In Mass Effect 2, we eventually discover the truth about the Protheans, how the Reapers twisted them into an insectoid race called the Collectors. Even in their utter ruin, these creatures were not afforded the peace or dignity they deserved. Instead, they were subjugated, genetically altered, and turned into monstrous tools for the next cycle. Through them, the Reapers liquefy human settlers, pumping their genetic material into an embryonic human-Reaper hybrid – another cycle in the evolutionary machine.

Admittedly, the trilogy stumbles in its final act. BioWare’s decision to turn these enigmatic monsters into unthinking agents of a murderous AI is a twist too far, and tarnishes so many of the series’ best moments. But, the Reapers remain an indomitable foe. Powerful, ruthlessly efficient, and unyielding, these god-like entities still strike terror into the hearts of galactic citizens. The Reapers may be defeated, but their legacy endures – hopefully Mass Effect 5, whatever that ends up being, will conjure up an antagonist on par with them.