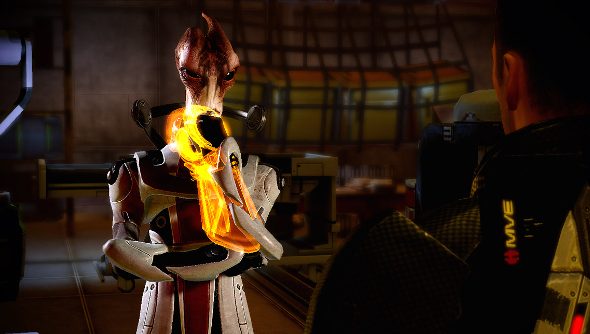 We’re rocketing towards an E3 where we’ll see the proper debut of the next Mass Effect game, Andromeda. As part of the lead up, publisher EA has put the full previous trilogy, including some of the DLC, up on Origin Access. If you’re unfamiliar, that’s their monthly subscription service for $4.99 / £3.99 which provides playable versions of various parts of their back catalogue.

Get familiar with the series before one of the most anticipated upcoming PC games.

Here’s the full details on what has been included in this update:

Bioware’s RPG is definitely the main event here, though there are plenty of other quality games you may not have played. Digital Deluxe sadly doesn’t mean all DLC included, so you’ll have to shell out extra for some of the series’ best moments – particularly ME2’s Shadow Broker and ME3’s Citadel send-off.

All the details on how to sign up, as well as the other games that are included – now totalling 26 titles – on the official page.