Confession time: I play lots of games but often find myself turning down the difficulty. The shame of it all keeps me awake at night. The nightmares, you see, punctuate my once peaceful slumber. “Dispatching Nazis with hatchets shouldn’t be that easy,” I murmur to myself in a cold sweat. While medium is my go-to difficulty, I tend to bump things down for the twitchiest of titles.

Mass Effect is an exception to this rule. Every year, I launch the game and crank the difficulty up to veteran. The reason I do this is the same reason Mass Effect is permanently installed on my computer: I want to make the experience last as long as possible.

But what makes Mass Effect so special? BioWare spent nearly a year in pre-production, ruminating over the galaxy’s alien worlds and tying together loose threads of the plot. Breathing life into the vastness of space is no easy task. Mass Effect’s building blocks, from its otherworldly architecture to its diverse roster of alien races, have been placed with extraordinary care. This painstaking effort has culminated in some of the most epic moments in the history of gaming.

Who could forget the wonder of seeing the Citadel for the first time, its outstretched arms emerging from the lavender clouds of the Serpent Nebula? The revelatory moment when Sovereign reveals itself, the Reaper’s booming voice serving as the death knell of galactic civilisation? Or that sense of foreboding as you fight your way through the crumbling spires of Ilos, once home to the elusive Prothean civilisation? 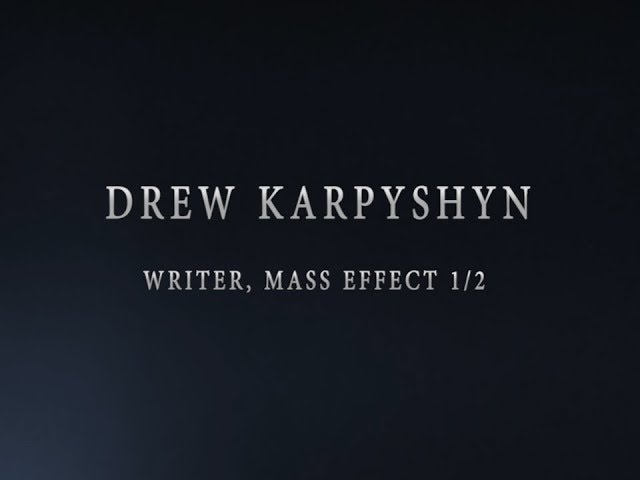 It’s in these moments that we learn Mass Effect’s core appeal: the exhilaration of discovery. Players learn about alien cultures by conversing with the Normandy’s crew, including fan favourites Garrus, Liara, and Tali. We unearth the technological marvels of the mass relays, devouring every morsel of lore hidden away in the Codex’s encyclopaedic entries. And every new location helps the player better understand the galaxy they are fighting to save.

Any time you encounter something new, you learn something about yourself, if you take the time to appreciate it

According to the game’s lead writer, Drew Karpyshyn, this sense of discovery serves another important purpose: “Any time you encounter something new, you learn something about yourself, if you take the time to appreciate it”. Encountering other species, and learning of the challenges they’ve faced and how they’ve reacted to them, tells us something about ourselves: how do their experiences compare to our own? Do we admire, and would we seek to emulate, their response to those challenges? Or do we condemn it, and learn how not to behave? All these lessons are there to be learned in Mass Effect as long as we’re open to them, and don’t ever make the mistake of thinking other people have nothing to teach us.

Part of this learning curve involves diplomacy and compromise, as you soon discover while navigating the Presidium’s political landscape. Shepard accuses one of the Council’s elite operatives, the Spectre Saren Arterius, of treason. She then makes extraordinary claims about genocidal machines wiping out all life in the galaxy. The Council, understandably sceptical, tasks Shepard with finding evidence to support her claims. These political dances are commonplace throughout the Citadel, from the Presidium embassies to the neon-drenched halls of the Lower Wards. They keep the player in check, serving as a reminder that a brute force approach will only go so far. This is where Shepard’s allies come into the equation. 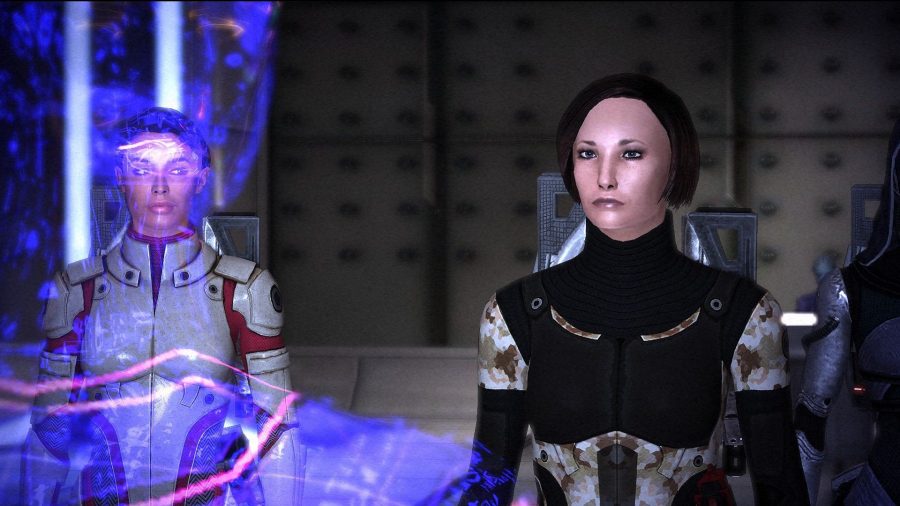 One of Mass Effect’s greatest themes revolves around unity. Battles are won through negotiation with allies and by harnessing the skills and knowledge of the Citadel’s diverse population of alien races – not just through firepower and brawn. As the Normandy’s crew expands, so does the player’s understanding of the world around them and their chances of success. After rescuing Tali in the Lower Wards, who you find using intel from Garrus and Wrex, she gives you information on Saren’s allegiance with the Reapers and his quest for the Conduit. It is only through this team effort that Shepard is promoted into the ranks of the Spectres, moving the crew one step closer to success.

These themes of unity and collaboration permeate Shepard’s entire journey, with each character bringing an important skill set to the table. Liara helps you come to terms with Shepard’s visions and uses her archaeological knowledge to steer the mission in the right direction. Wrex, against his baser instincts, helps to wipe out a facility full of his own kind – but only if the player takes the time to hone Shepard’s powers of persuasion. And either Ashley or Kaidan will make the ultimate sacrifice on Virmire, defending their fellow crewmates from an overwhelming onslaught of Geth. 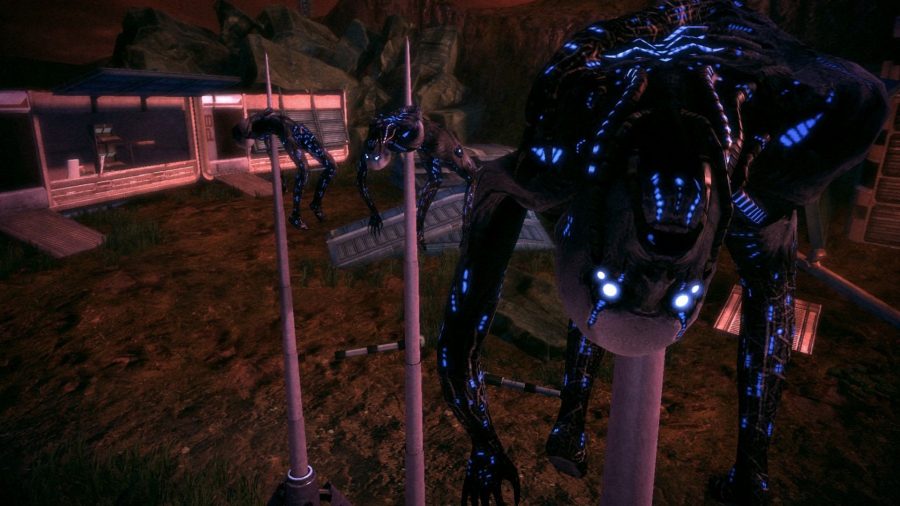 Mass Effect’s characters aren’t merely decorative props or quest dispensers. Every interaction is a banquet of information, with conversations ranging from Asari culture to Krogan biology. We connect with these characters by learning about their peoples’ rich histories. Take Tali, for example. It becomes clear that she is still coming to terms with the fallout from the Geth War and the loss of the Quarian homeworld, Rannoch. Taking exile in space, the nomadic Quarians eventually fell prey to the sterile interiors of the ever-drifting Migrant Fleet, their immune systems weakening with every passing year. Tali’s lifestyle is moulded by this tragic history, to the point that her very survival rests upon her wearing a hermetically sealed suit.

Mass Effect’s success lies in its ability to draw the player into these conversations, keeping their attention by expertly interweaving character development with lore. In this, BioWare succeeds where so many other developers flounder. The quality of the team’s writing sustained these characters over the course of an entire trilogy, leaving many fans with a palpable sense of loss as the tale came to a close. But as Shepard and crew hung up the armour, one thing endured. Mass Effect has taught us something about ourselves.