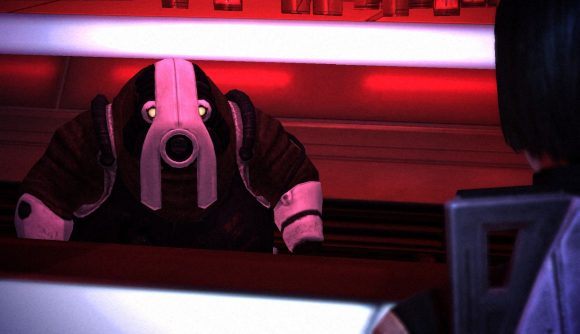 It looks like we’re closer to getting that reported Mass Effect trilogy HD remaster people have been banging on about. The Game Rating and Administration Committee of Korea has posted a rating for an unannounced title called Mass Effect Legendary Edition (thanks, Gematsu). At the time of writing, it’s still there so you can go and check it out for yourself.

This wouldn’t be the first time a rating came before an actual reveal. A rating popped up on the same website for Need for Speed: Hot Pursuits’ remaster a few weeks before EA revealed it. We also caught wind of Silent Hill 4 coming to PC digitally a day before it happened because the rating popped up on PEGI. Rating sites are in fine form this year, what can we say.

If you’ve been out of the loop, back in May, Electronic Arts revealed during a financial earnings report that it had plans to release an “EA HD title” before the end of the fiscal year, which is March 31, 2021. As reported by GamesBeat, that referred to an HD remake of the Mass Effect trilogy. There was some hope that we’d see it this year, but GamesBeat additionally reports that a mixture of the first game’s original state and slowdown brought about by COVID-19 has delayed the remastered trilogy into next year most likely.

EA hasn’t actually announced any of this yet, though. Hopefully that’s set to change soon. On an entirely different but equally important note, did you know that Billie Eilish’s mom was in Mass Effect? Hopefully she’s still there in the remaster.

Anyway, if you want some other goodies to keep you busy then our new PC games list will keep you distracted for a little bit.