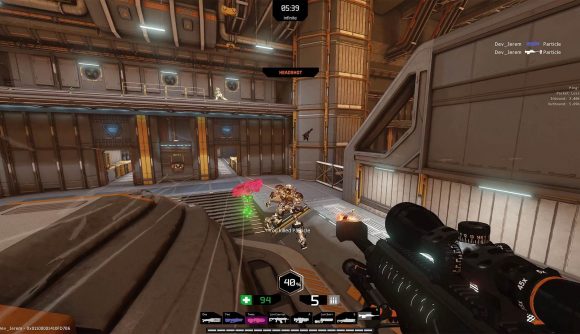 You don’t have to look far on Steam to find fresh twists on the old-school shooter. In fact, now might well be the best time to be a fan of the genre, thanks in no small part to passionate indie devs and publishers like New Blood. The latest head-popping, shotgun-blasting shooter on the scene is Master Arena, a strategic spin on the Quake formula from four-person developer Powered Games Entertainment.

This one brings skilful, dodge-based movement and an extensive perk system to the table. You can, for example, go invisible, quickly teleport away from danger, or lob some grenades into the mix to give your foes an especially unfortunate end.

The perk system differs depending on the mode you’re playing. In some cases, you’ll have the option to select from specific character classes, such as tanks, runners, etc. Each class has its own perks, weapons, and stats, and mutators can also be used to spice things up. These allow you to alter gravity itself or boost movement speeds to your liking, among other things. 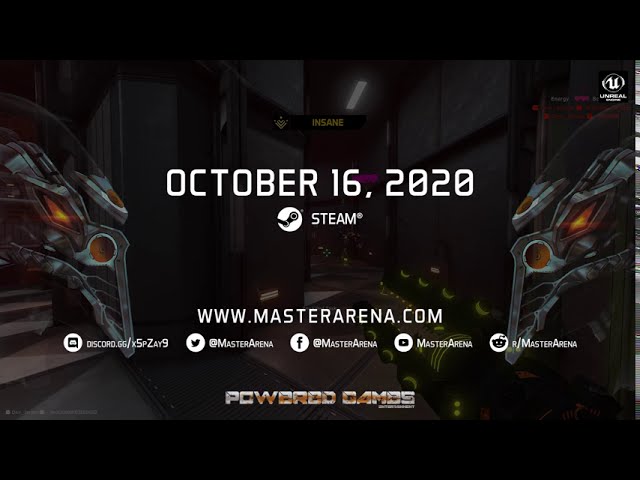 As in the best arena shooters, being able to elegantly traverse the map and achieve speed-boosting dodges is as important as knowing where to point your gun. However, the developer stresses that the game is friendly to new players and designed to be easy to handle. Good news for me, then.

And while it’s still in early access, the current version already boasts nine maps and six distinct modes, including plenty of the usual suspects and an up to 30-player free-for-all. Plus, it’s entirely possible to create and share your own maps through Steam Workshop.

If all that sounds like a grand old time to you, here’s a link to Master Arena’s Discord and Steam page. We’ve also put together scientifically accurate lists of the best FPS games and best multiplayer games on PC for your reading pleasure.