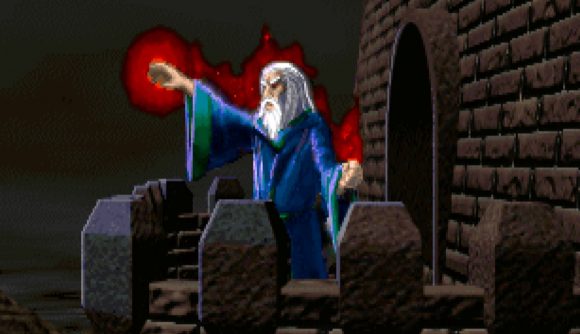 Master of Magic – the MicroProse-published fantasy 4X that launched a year after Master of Orion – is getting a new chance at life courtesy of the prolific strategy purveyors at Slitherine Software. Slitherine has acquired the publishing rights to the IP from Atari, and given the company’s history in reviving other ancient strategy series, it’s safe to expect a Master of Magic sequel is coming.

“We are looking forward to working on this immensely popular franchise,” Slitherine development director Iain McNeal says in a press release. “We know there is a high level of responsibility when we try and develop sequels or successors to popular IPs. We have proven it is possible to fulfil players expectations with the likes of Panzer Corps when it comes to work on these legendary products.”

That’s far from an official announcement of a new sequel, but it does suggest the company is serious about bringing Master of Magic back – and it’s not like Slitherine is conservative when it comes to the number of new games it keeps in development.

For now, you can get the original Master of Magic on GOG.

Worlds of Magic was a 2015 an attempt at a spiritual successor which featured some involvement from the original developers – but judging by the Steam reviews, it failed to capture the, er, magic of Master of Magic. Hopefully Slitherine’s attempt will do right by the original.