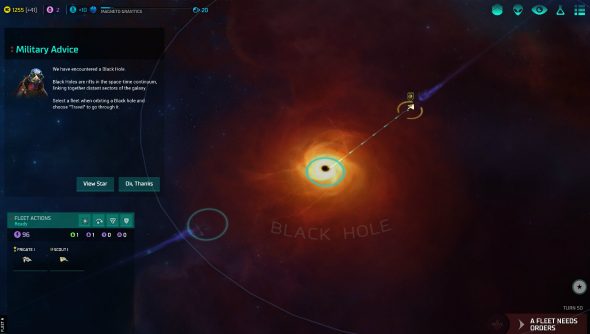 Master of Orion’s first developer diary has been released and it gives plenty of insight into how the team at NGD Studios plan to bring back a pioneer of 4X strategy.

Speaking of strategy, why not check out our list of the best strategy games on PC while you’re here.

The video is well worth a watch and gives a good mix of information about the studio’s plans for the game, from development and goals of its multiplayer to the creation of its distinct AI races.

As for multiplayer – it will be multiplatform, so you’ll be able to play with friends split across Windows, Mac and Linux, which is nice. Better yet, you don’t have to commit eight hours to a game – although that certainly is an option – as there will be various modes to suit whatever time you have, from small skirmishes to massive, intergalactic battles.

When it comes to single-player and facing the AI, the developers explain how they want the computer controlled factions to make interesting decisions without it feeling like they’re cheating. The aim is to make each race is distinct. For example, the Martians will be aggressive, but they’re going to be sneaky about it. It’s aggression mixed with subtlety. Like a human would play.

There’s also quite an in-depth dig into the creation of its tactical battle system, but why not see that for yourself in the video below: