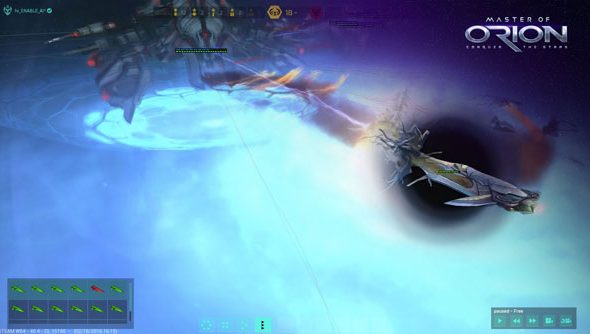 Chris Keeling is the man at Wargaming responsible for guiding the vision of Master of Orion: Conquer the Stars, the latest episode in a franchise that has been part of the 4X landscape for over 20 years. More than a few genre aficionados consider the original to be the gold standard for space-based 4X designs, the game acting as both influence and mentor for anything that has come after it.

It’s not just games like Master of Orion we’ve got to look forward to – check out the best upcoming games on PC.

That veneration brings its own challenges and pressures when it comes to unleashing anything with the Master of Orion name. If Conquer the Stars isn’t both superlative in quality and faithful in design then it’s Keeling’s head that’s first on the chopping block…

PCGN: What does a ‘Director, Product Vision’ do?

Chris Keeling: I’m basically the vision holder for the game. It’s going to look like what I want it to look like, although I’m obviously not going to make it into whatever my personal fantasy for it is. We have tons of consultants, a whole design team the artists and all that.., but I’m here that to make sure everything is unified and that the systems are elegant and work well together. Otherwise I get my head chopped off [laughs]. 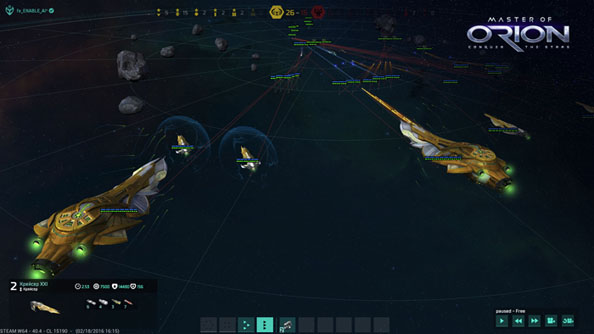 You do that for Master of Orion only, or for everything Wargaming does?

Right now it’s just for Master of Orion, but I’ve been at Wargaming for seven years and have worked on all of our titles in some capacity.

Everybody has their own vision of what they would do if they had the opportunity to make the game, yeah. I’m sure that if they had the chance to make their versions then I’d probably be in the forums trolling them and their choices and getting angry that they’re not doing it how I would do it.

We’ve been through and taken into account all of the different features and functions that have been included in all of the Master of Orion games, all space-based 4X games and all 4X games in general over the past 20 years. That way we can understand what the best practises are across the entire genre and work out which problems haven’t been tackled yet. Also, we have to work out which features we want to reuse and which we want to make new.

Surely, given the status of Master of Orion as an IP you’re going to struggle to make changes in a way that isn’t going to cause some sort of anger amongst some players?

There have been a lot of hard decisions that have had to be made and there’s always going to be something that’s not going to appeal to certain players. Really, though, we’re trying to appeal to the new player as that’s how this genre is going to grow. There are three or four 4X games coming out this year, which is a lot, so we need to expand this genre rather than continue to feed the same small market.

The way to bring in new players is to make some changes. 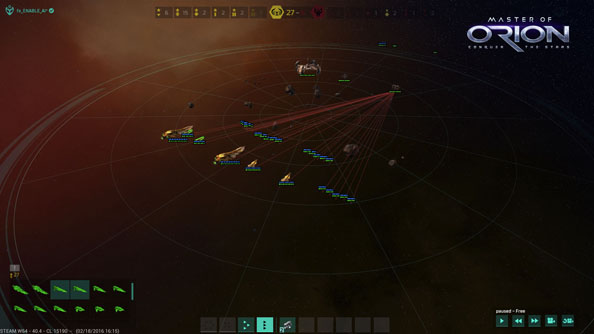 Changes in terms of the core understanding of what a 4X game is, or changes in regards to how the current systems are consumed?

It’s user interface changes, better player feedback, better quality of production. We’re going to keep all of the detail associated with this genre, but that detail should be easy to approach for the new player – automating as many things as possible, but allowing them to turn that off as soon as they’re comfortable and confident.

After they’ve been guided through that then we want to let them play around and only give advice as they encounter new things.

How do you go about communicating with players and working out what it is they want?

Most players will not communicate with us. That’s true throughout the entire industry, not just this game. Most players just focus on playing the game rather than communicating with us. 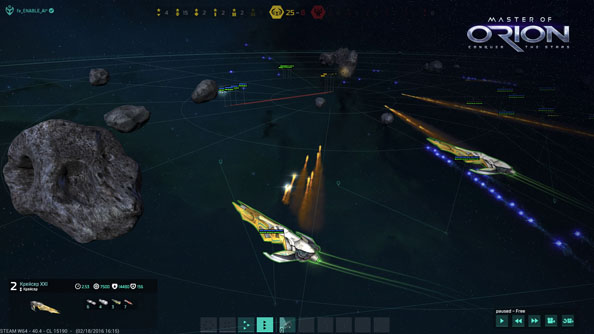 It’s something like five per cent of players that actually go onto the forums and talk about the game. Plus, about four of that five per cent is there just to troll because they’re upset about something. So you get one per cent fanboys, four per cent trolls and ninety-five per cent who are happily playing your game at home.

We have to take that level of bias into account when we comb through the forums and look through everything. That’s the Steam forums, GOG forums, our own website forums and the forums of websites that write about and cover games. Then we put all of that together to evaluate which features need the most work and which suggestions are most commonly coming up.

You said you’re looking to bring in new players, though, and understand what they want. That’s not something you can understand by trawling through forums…

We did playtests and usability tests outside of the early access community and gathered data through our Business Intelligence Unit. We bring in people off the street, too – people that have never heard of Master of Orion. That allows us to get their feedback and understand if there are any obvious things that they don’t understand, such as what certain buttons do and that sort of thing.

Also, we have data that tells us which races win the most, which victory conditions are most commonly hit and that entire sort of thing. We can test balance that way and find out if it’s too easy to win in a certain way and with a certain race. 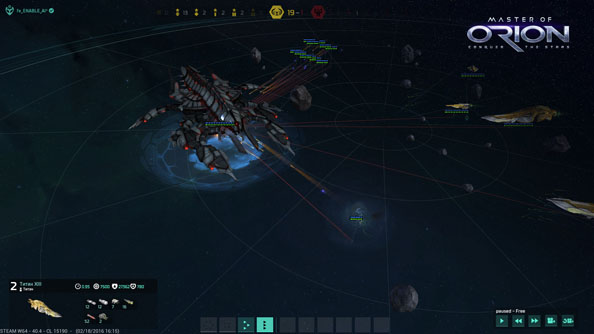 What sort of volume are we talking about here when it comes to this sort of direct feedback?

The first five days of doing that gave us a list of about 400 bulletpoints to work through, which we managed to go through about 100 of in a four hour meeting.

Sounds like you have quite a big influence over the development team itself. NGD Studios is not owned by Wargaming. What’s that relationship like?

They’ve been great to work with. They’re very passionate and very willing to make changes and test things out, rather than saying that they can’t do something because they don’t have time. Instead they tell us that they’re going to make the time to makes changes to see if they like it. If they don’t like it they might scrap it, if they do like it they iterate on it again. They’re very agile.

I’m kind of the funnel from the publishing side that comes up with the list of possible changes. I give that list to them and we discuss what to prioritise it based on resources available and the overall timeline. 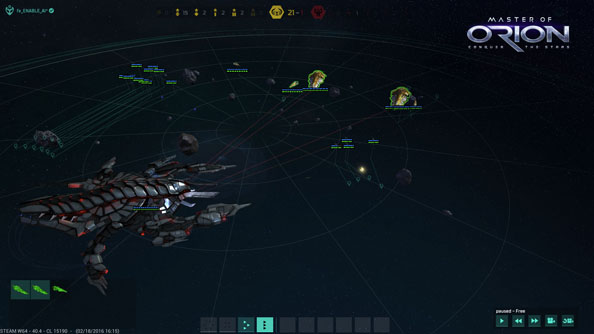 That’s a very close relationship between developer and publisher. Did that level of trust take a long time to materialise?

We’ve been working with them for two years. It was two years last month [February] that the prototype was approved and we officially started production