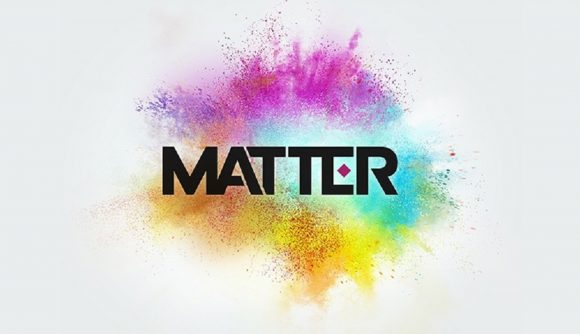 Bungie has filed a trademark for something called Matter. The filing specifically specifically covers videogames, and even comes with a logo that doesn’t appear to fit in with any existing Destiny iconography – meaning this is unlikely to be a new expansion or addition to the lore. There’s no official word just yet on what this is, but popular speculation suggests it’s Bungie’s next IP.

Bungie entered into a $100 million partnership with NetEase earlier this year, which saw the Chinese publisher pick up a minority stake in the Destiny studio. Bungie said it would “become an entertainment company that sustains many worlds simultaneously – Destiny and new worlds to come.”

That came from a statement following the Bungie-NetEase partnership, and while all involved stopped short of saying “new IP,” the implications were clear enough. Kotaku’s Jason Schreier said at the time that “Bungie has been working on a new IP for a while.”

Bungie’s Matter filing (which turned up today on ResetEra) isn’t the only time “Matter” has been registered as a videogame title. Microsoft registered the trademark back in 2012, a filing that was marked as “abandoned” in 2013. That timing is curious, since it comes after Bungie entered into a ten-year publishing agreement with Activision on what would eventually be known as Destiny. Activision has exclusive rights to publish Destiny for the duration of that agreement, but the deal doesn’t extend to other IPs.

Given the timing and Bungie’s close relationship with Microsoft through the Halo series, it’s possible the developer was in talks to bring Matter to life under the Microsoft banner. That’s purely speculative, but the timing is notable. Bungie tends to have potential new IPs in the cooker for a very long time – an old Destiny logo filing dates all the way back to 2004.

The scope of what Bungie is working on with NetEase is unclear, as is what form Matter will eventually take. Bungie has spoken about taking games to a global market, and that could mean the studio’s next game will be even more of a departure than Destiny was. It could be an upcoming PC game, or a new direction on mobile – whatever the case, we at least know that Bungie is building something entirely new.