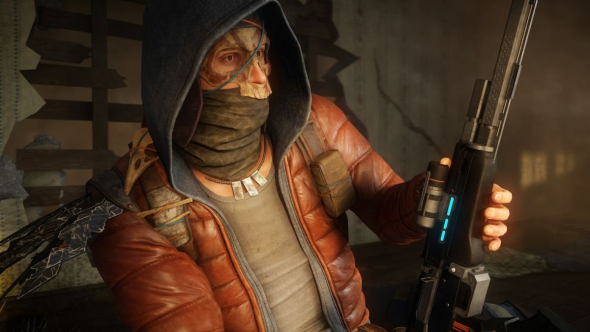 How would you define battle royale, if you had to? 100-person deathmatch? A game that gives you a single life and an encroaching perimeter? Perhaps that formula has already become too restrictive – an unchanging recipe for what was once a hotbed of dystopian fiction.

Before PUBG, battle royale didn’t just mean a bunch of unfortunate souls forced to fight to the death. In Koushun Takami’s 1999 novel Battle Royale it was merely the foreground to a story about an authoritarian regime that had banned rock music. In Suzanne Collins’s The Hunger Games trilogy, the fighting was a platform from which to comment on reality TV and propaganda. And in both stories, the battle was a means of terrifying a downtrodden populace into obedience.

Here are the best battle royale games that currently exist in a rapidly-evolving genre.

Mavericks promises to be the first game not to strip battle royale from its context – to deliver not just the deathmatch, but the world that allowed it to happen.

“It’s almost like we shouldn’t be saying battle royale,” Automaton Games CEO James Thompson tells us, “because we don’t think the current games fully represent what it is. The Battle Royale and Hunger Games films are really interesting, not because of the match that happens, but because of the broader context of the world that happens inside of. Mavericks brings that.”

To be clear, Automaton is still very much focused on the competitive matches we’ve come to expect from the genre. But once they’re over, you can walk out of Mavericks’ Proving Grounds and into an open world, exploring the land outside the arena.

The island on which the game takes place is a detention centre, built to house those deemed a threat to stable society in the West. All of the most violent, narcissistic, and power hungry individuals now live here, trapped in a manipulative ranking system that promises the chance of eventual escape. None ever will.

Not that you’ll want to if Automaton delivers on the world it has promised. The Isle of Dern offers enormous scale and natural beauty: great lakes and narrow lochs, swampland and ancient redwood forests. Its pebbled beaches are home to crabs, and the soft wet soil of the moorland to abandoned convoys. Scavenging in this world is a risky but rewarding business, comparable in some ways to The Division’s Dark Zone. The gear you find must be extracted via a highly conspicuous drone that’s likely to bring nearby players down on your head.

Thanks to SpatialOS – a technology that gives developers access to a powerful patchwork of servers – Dern also offers intense detail: reactive wildlife that flattens the foliage and makes persistent hoofprints in the mud. Trees split open under gunfire, while blood trails and discarded bandage packets tell the story of the players who came before you. 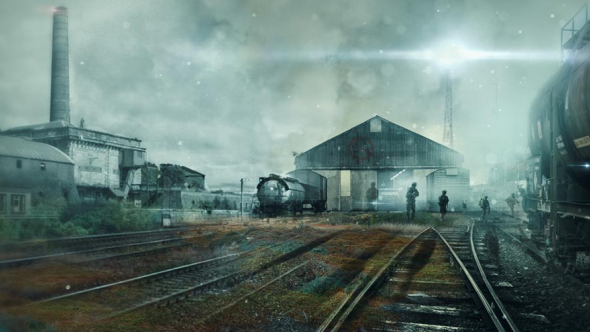 When Mavericks releases in Early Access this December it’ll be a battle royale game – but by the end of 2019, Automaton hope it’ll be able to call it a true open-world RPG.

“We’re doing some really interesting persistent gameplay even this year with the launch,” Thompson explains. “It’s just that we’re not putting in all the content you’d expect from a traditional MMORPG – the faction bases, NPCs, deep questing with narrative. We are building that out as well but that won’t be coming initially.”

What will be available at launch is Maverick’s social hub, which is built around an oppressive tower that can be seen from any part of the island.

“Because Mavericks is a game where you enter through the open-world social hub, it’s not just a menu,” Thompson says. “It’s a proper virtual world MMORPG. You can get currency and achievements from playing games, and you can then stake this stuff on other event game types. We’re going to try more things out.” 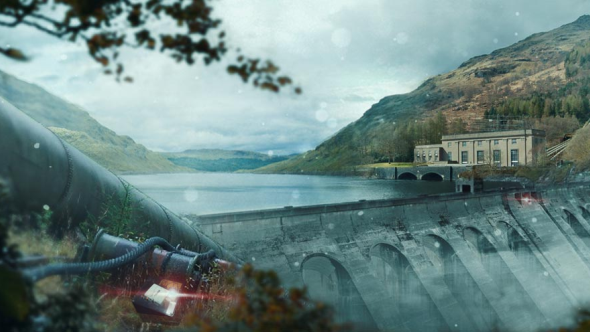 Automaton is trying out ideas in the Proving Grounds, too, where SpatialOS enables 1,000-player Mavericks matches with squads. It’s through this spirit of creative and technological experimentation that Mavericks earns its name. But it’s not experimentation for its own sake – all the while, Automaton is guided by the example of battle royale fiction and the belief that the genre should be doing more to capture the essence of those stories.

“Fortnite has done a good job, but also [its developer Epic Games] kind of happened upon battle royale,” Thompson says. “To be honest, all battle royale games right now are just another game that has been modded into battle royale.”