2019 isn’t coming to a close without a new MechWarrior game out in the wild. MechWarrior 5: Mercenaries hits the Epic Games store December 10, and developer Piranha Games has a new trailer out to remind you just how big these things really are.

The trailer opens with two opposing Mech lances approaching each other in a city, and quickly gets to the stompy, laser-fueled combat. You get a good sense of the difference in mech weight classes, with light scout models sprinting circles around the larger, heavier class mechs.

It’s a good thing, too, since you can bolt a hell of a lot of weapons onto some of these things. MechWarrior 5’s various lasers and other weapons are on display in the trailer, as well as the game’s highly destructible environments. Get a heavy mech going at a fast enough speed, and it’ll plow straight through buildings, reducing them to so much industrial rubble. That’s certainly the case for the King Crab mech shown here, which is only taken down under withering laser fire from four smaller-class mechs. 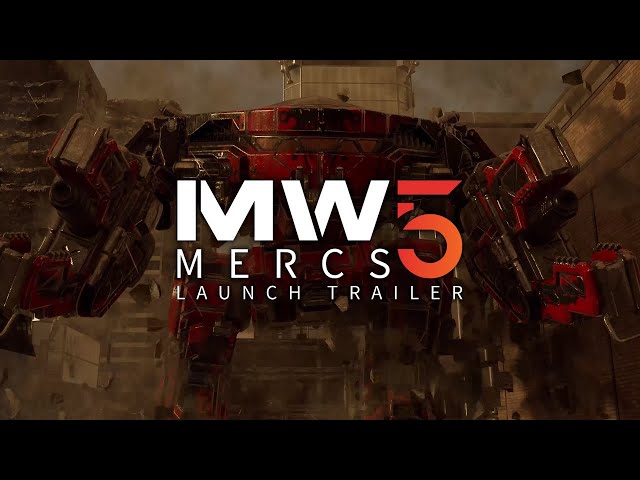 “Get beaten, get back up, get better, get stronger, get even,” the title cards in the trailer read – a reference to Mercenaries’ system of salvaging beaten mechs and managing your team.

Mercenaries will let you either command a team of AI-controlled mechs or play together with friends in co-op, taking on missions across the Inner Sphere in a quest for both glory and better hardware.

As mentioned above, the MechWarrior 5: Mercenaries release date is December 10, and it’ll be available on the Epic Games store. You can find out more at the official site.

If you prefer your heavy mech-stomping action from a more birds-eye, strategic perspective, you may want to check out Harebrained Scheme’s excellent BattleTech.