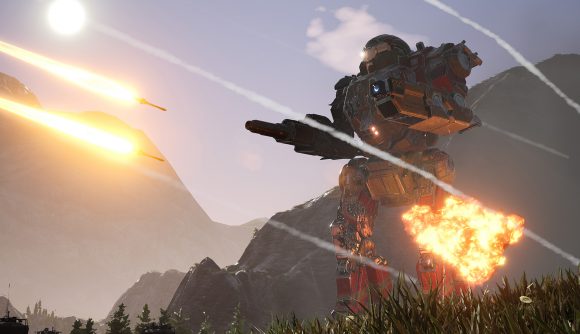 MechWarrior 5: Mercenaries has been a long time coming, and it’s going to be a little bit longer still. The release date was previously slated for September 10, but has now been pushed back to December 10. Perhaps more significantly, the game will be another timed Epic Games store exclusive, available only through that launcher for one year after release.

Steam keys will not be provided for existing pre-orders, likely for the same reasons were behind Shenmue 3’s lack of alternative keys. This time, however, refunds are being offered immediately. Any pre-order for MechWarrior 5 can be refunded up until September 1, and should be processed within 10 days. Any MechWarrior Online content you’ve received as part of the pre-order will remain tied to your account.

“Our partnership with Epic Games store allows us the opportunity to make sure MechWarrior 5: Mercenaries meets our internal goal of creating the best MechWarrior game possible,” the developers say in the official announcement. They add that the delay will allow time for improvements to the game, as well as a chance to avoid a crowded autumn release season.

Closed beta access for Community Edition owners will now go live on November 5, though only through the Epic store and only if you hang onto your pre-order.

We got hands-on time with MechWarrior 5’s single-player campaign last year, and it was shaping up nicely then, even accounting for some big technical problems. With even more time (and money) to work out the kinks, the finished product might actually make good on the two-decade wait for more MechWarrior – even if you might not get it on your platform of choice.