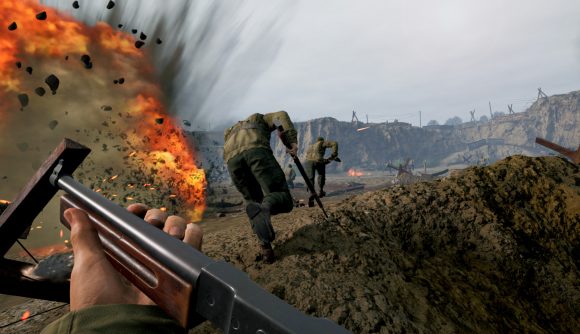 Peter Hirschmann, the director of Respawn’s new VR-exclusive Medal of Honor: Above and Beyond, is one of those people who has been to the mountain of virtual reality and come back ready to share the good news. After working on the first new Medal of Honor in eight years, Hirschmann says VR is hands down the best place to be developing first-person shooters today.

“It’s a self-affirming platform,” Hirschmann tells us, pointing out that once someone puts on a headset for the first time and sees a VR environment, no further explanation is necessary. That sense of immersion is bolstered by the immediacy of zero-latency input, he says, which now allows 1:1 controller tracking to show users exactly where their hands are in the virtual space, rather than “guesses” made based on accelerometer data.

In Medal of Honor, that gives players a new appreciation for the innovative feeding mechanism of the M1 Garand, the iconic WW2 service rifle that ejects each spent clip with a distinctive ping sound. Since players are manually reloading their weapons rather than simply pressing a ‘reload’ button, with most firearms they’ll have to go through the step-by-step process: dropping the magazine, placing a fresh magazine in the well, and pulling back the bolt to charge the weapon.

That process takes some time and effort in VR, as it did in real life, Hirschmann says. “Now they get to really see how ingenious Garand was, with the en bloc clip,” he says. Once players reach the end of one of the Garand’s eight-round clips, they’ll simply have to pop a new one into the top of the rifle and start firing again – and in Medal of Honor, that translates into an advantage for maintaining fire on target. 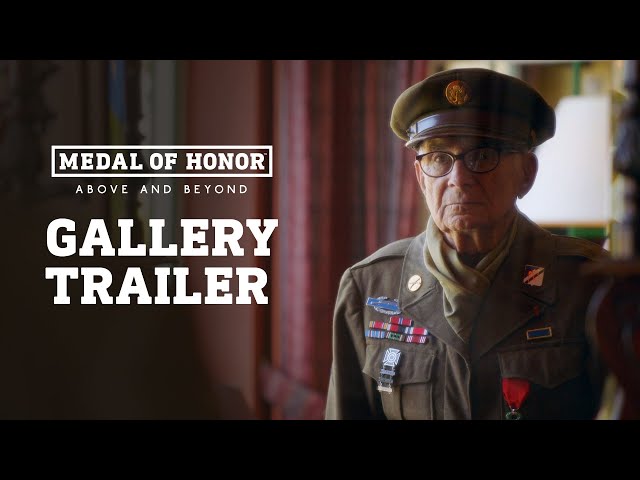 But beyond that heightened excitement and immersion on the battlefield, Hirschmann says, VR offered Respawn a chance to revisit Medal of Honor’s Gallery, which has in past titles been a collection of archival footage and photographs that illustrate the historical events of World War II.

For Above and Beyond, Respawn opted to leverage the VR platform for the Gallery, and Hirschmann says plans for this continued to expand to the point of shooting a full documentary, flying veterans of the war to some of the key locations in France and filming with a 360 degree camera to let players take in the full view of the battlefields as they are today.

While it was originally developed as an Oculus VR exclusive, Medal of Honor: Above and Beyond launched with SteamVR compatibility as well, which means it should play nice with whatever PC-connected headset you own. It’s on sale now through Steam and the Oculus Store.