So, you want some Medieval 2: Total War cheats? Using console commands to get a leg up in videogames is a time honoured tradition, although it seems to be more commonly associated with strategy games given their nature. Not every game has them (Civ 6, for example, is oddly absent of cheat codes), but plenty others do.

Medieval 2: Total War is still pretty popular, even after all this time, and being an older Total War game it still retains that more hardcore sensibility that can make it extremely tough at times. But never fear – cheat codes are here! Whether you need to give yourself more money, or give one of your characters a specific trait, there’s plenty of options to make your game easier.

We’ve put together this guide to cheats and console commands for the game, to help give you a leg up. A special shoutout to Steam user Sir_Calcium1066, who put together a more comprehensive guide on the subject. We haven’t included anything that involves editing game files, as that’s more akin to modding than using a traditional ‘cheat’.

Like most games, you can access the command console by pressing the tilde (~) or equivalent key on your keyboard. Pressing the up arrow will bring back your most recent input.

Here are some useful Medieval 2 cheats: 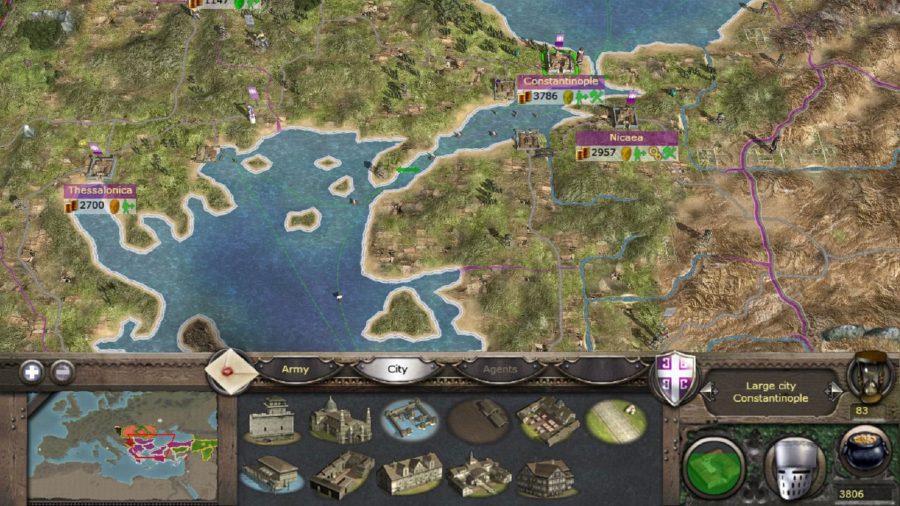 Like its predecessor Rome: Total War, Medieval 2 makes use of special characters – whether they be generals or agents. Characters can have different traits, as well as special ‘ancillaries’ that modify stats. You can use the following commands to add/remove traits and ancillaries:

If the character name has a space in it, put it in quotation marks (e.g. “name”). You can optionally specify a level for a trait to be, although by default it will be level 1.

For a full list of ancillary and trait IDs, as well as their effects, check out this handy resource which also gives examples.