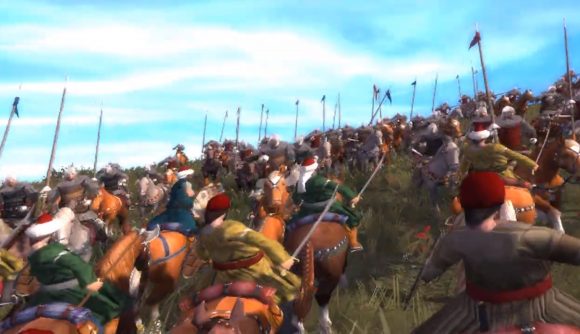 We see new Total War games at a pretty regular clip, and we’re eagerly awaiting the arrival of the Total War Saga: Troy. Appropriately enough, however, the series now has a long history, and there are plenty of players who have been content to stay with a particular title for years. Some of those are behind a massive overhaul of Medieval II: Total War Kingdoms that converts it into a completely new experience called Tsardoms: Total War. They’ve been working on it for 13 years now, and are only now getting ready launch the mod’s campaign beta.

The team behind Tsardoms: Total War has produced a new trailer for the campaign, which shows off only some of its vast array of troop types and cultures. The mod is set in the late medieval period between 1345 and 1540 CE, and the action it covers takes place primarily in Italy, the Balkans, and Asia Minor. The modders explain that it’s an era that hasn’t seen much attention in Total War (or other) games, and that their familiarity with the region’s history would help bring life to the subject.

While it uses the admittedly creaky-looking Medieval 2 as its basis, Tsardoms actually looks pretty sharp, and a lot of that is down to the detail applied to its uniforms and liveries. The mod includes 11 Catholic factions, six Orthodox factions, one Kristjani (the Banate of Bosnia), three Muslim factions, plus the Papacy, the Timufrids, the Crown of Aragon, and the Kingdom of France. 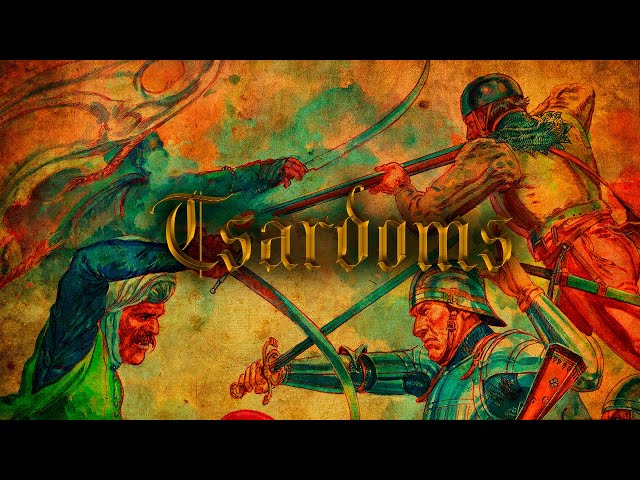 The map covers a huge area, ranging from western Asia Minor and covering the Balkan, Italy, the Holy Roman Empire as far north as Strasbourg, Bavaria and Vienna, and Central Europe as far north as Kiev. There’s a ridiculous amount of detail in the descriptions and explanations the team has added to its dedicated forums over the years, which date back to 2007. Up to now that’s been as much of the mod as we’ve been allowed to explore, aside from a battle beta that’s available on ModDB.

The modders haven’t announced when they’ll be releasing the beta of the Tsardoms: Total War campaign to the public, but community members are hoping it’ll be out sometime before the end of the year.

In the meantime, check out some of our other favourite strategy games for PC.