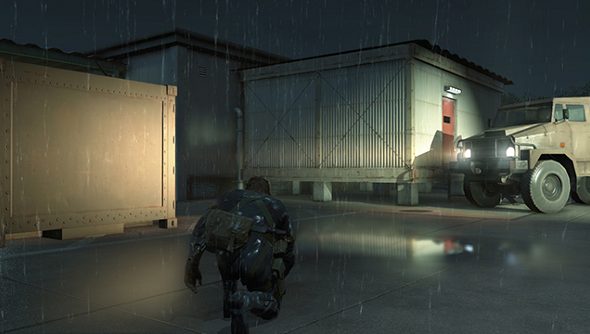 The PC system requirements necessary to render the marvellous bottom of Snake in Metal Gear Solid V: Ground Zeroes was revealed a couple of days ago, but what impact will the innards of your PC have on not just Snake’s bottom, but the rest of the game.

Wonder no more! Nvidia’s showing off a couple of exclusive 1920×1080 PC screenshots, along with a PS4 comparison so you can see how much lovelier it looks.

First off, here’s what getting Metal Gear Solid V on PC will net you:

Most of this graphics wizardry can be seen on this first screenshot comparison, with lighting and shadows being the most notable improvements.

And here you can see the space screen reflections, perfectly complimenting Snake’s toned derriere, along with what it looks like on PS4.

Ground Zeroes lands on PC next month, while the main game, The Phantom Pain, will launch next year.