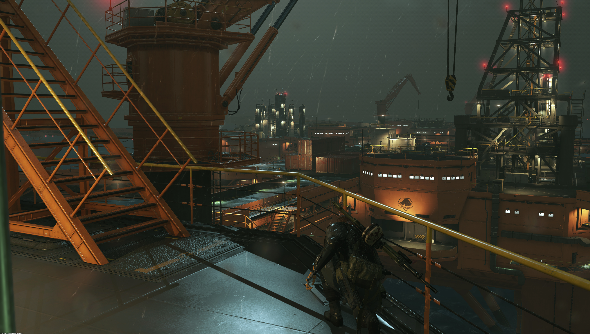 Konami, publisher of upcoming stealth game Metal Gear Solid V, have released some shocking new images of the game today. In news we could never have predicted, it seems like the PC version of the game will, in fact, be the best looking of all platforms.

Please take a moment to catch you breath.

The website featuring the images, that may cause brain aneurysms for those with weaker minds, proves the fact with a variety of full-resolution images from all platforms. Coming in at the bottom of the league tables are the Playstation 3 and Xbox 360 versions, which run at 720p and are notably muddy and grainy.

Things are better on the PS4 and Xbox One, which run at 1080p and 900p respectively, and both at 60 frames per second. But they are absolutely blown out of the water by the PC version, which can run at a resolution of 3840×2160 on the right hardware. For those unaware, this is 4K in action. Please, try to remain seated.

Not only can the game be played with the highest amount of pixels on PC, but it can also play at 60 frames per second, making it a perfectly smooth experience. We can hardly believe our eyes.

Metal Gear Solid V releases on September 1st. It comes out on other things that are not PCs, but only idiots will buy it on those.