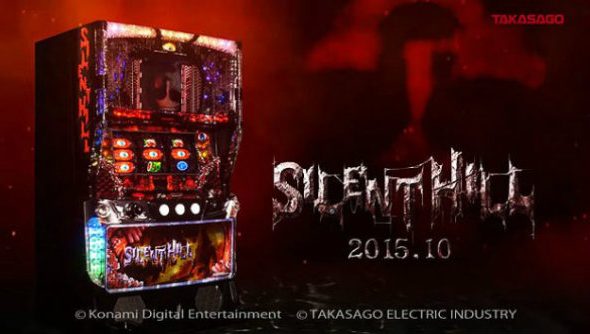 In 2015, Konami saw a slight decrease on revenue earned from their Pachinko business, while digital entertainment – a combination of its gaming and mobile divisions – saw a significant rise.

Prefer videogames to Pachinko machines? Here are the best games on PC.

As of the end of 2015,Metal Gear Solid V: The Phantom Pain had shipped 6m units between retail and digital, according to Konami’s latest earnings report.

Between Metal Gear Solid V, PES 2016 and Japanese mobile game Jikkyou Pawafuru Puroyakyu Konami’s digital entertainment revenue grew up to ¥93.4bn in the last nine months of 2015, a 37.5% increase in the same timeframe from 2014. The sector recorded a ¥14.8bn profit increase over the same period in 2014.

Elsewhere, Konami’s Pachinko business is on the decline, dropping from¥10.1bn to ¥8.2bn between 2014 to 2015.It looks like that Silent Hill-themed pachislot and the Castlevania-themed Pachinko cabinet really brought in the punters, eh?