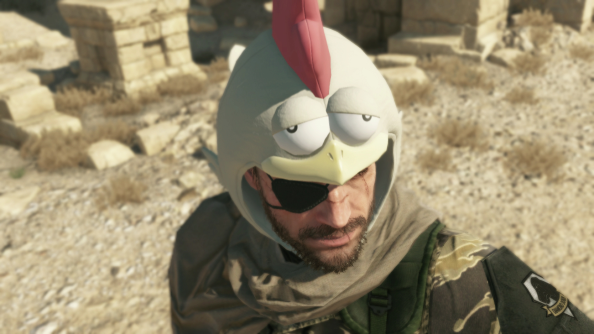 Konami has issued a new patch for Metal Gear Solid V: The Phantom Pain on PC, and it has some unintended side effects – or very intended, depending on how you view Konami. According to players on Steam, the tiny 114 Mb patch is breaking all mod support for the game.

The patch supposedly just fixes “an issue when using an Energy Wall while equipped with certain pieces of developed gear,” according to the patch notes – although Konami also admits that it fixes “other issues” too. Whether those issues include user mods is beside the point, since players are reporting on the Metal Gear Solid V Steam forums (via DSOGaming) that the patch screws them up – regardless of intention,

As the patch isn’t compatible with mod support, if players want to keep and continue using the mods that they have they will need to take the game into offline mode – or not to download the patch at all. Otherwise any attempts to use mods in the patched version of Metal Gear Solid V will apparently result in the game crashing, at which point you won’t be able to use the mods anyway.

The other option is to remove your mods and wait until the mod makers update them to be compatible with the new patch. Unfortunately, as MGSV is quite old now, there’s always the risk that the mods will be too – and their makers may have moved on to other things.

All of which may put on a damper on the latest Humble Monthly deal, which gives away a copy of the MGSV Definitive Experience (along with Cities: Skylines) when you sign up to it. Of course, if you get that now Steam will download the latest version of the game, including the new mod-breaking patch. Hopefully that one mod where you can play as Hideo Kojima instead of Snake will get updated soon.