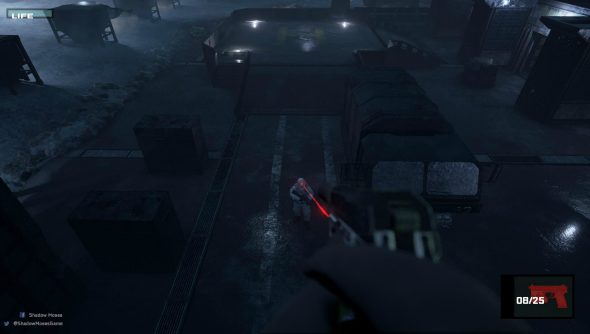 Remember that Metal Gear Solid Unreal 4 fan remake that was announced recently? It seems like Konami may have crept up on it and snapped its neck.

Wipe your tears on our list of PC’s best games.

“We have to cancel the Shadow Moses Project for reasons beyond our control,” said the developer on the project’s Facebook page. “We would like to thank everyone for the tremendous support we have received.”

It seems like Konami have shut the project down and you can’t really blame them – it’s one of their biggest gaming properties and they’re not just going to hand it over to an unknown team. Maybe Konami themselves plan to remake Metal Gear Solid. It would certainly be a good warm-up for a Kojima-less sequel.

The fan-made remake, called Project Shadow Moses, did look lovely, and it’s a shame to see all the work the developers put in go to waste, but you can’t just make something like this without permission. It was nice to see Shadow Moses with shiny, Unreal 4 floors, though. See for yourself in the first trailer: