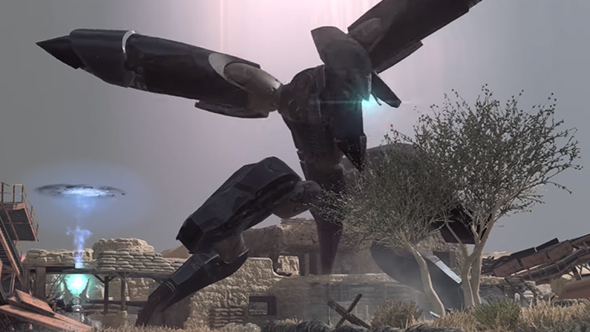 Fair to say that Metal Gear Survive didn’t exactly set the world aflame when it launched back in February: the game struggled on both UK and US retail charts in its first week, debuting behind Call of Duty: WWII and UFC 3 in England. Publisher Konami held their earnings call for the fiscal year ending March 31 Thursday and their report avoids any discussion of how the game has sold.

As Gamespot notes, the fiscal year report does mention Metal Gear Survive, but only to remark that it’s among games Konami released in the year’s final quarter. This is, they confirm, a videogame that they made. Metal Gear Survive doesn’t come up again, and it’s notably absent from sections discussing business performance and the company’s outlook for the next fiscal year. You can read the full report here (.pdf).

There’s no reason to expect Konami to include hard sales figures for any particular game, but companies will normally bring up specific titles in reports to investors when they’re an important factor in driving revenues – something that most triple-A games are expected to do in their first few weeks on the market.

The fact that Metal Gear Survive, a spinoff of what has been one of the company’s tentpole franchises, isn’t mentioned in either the business performance or next year’s outlook sections doesn’t bode particularly well for the series.

This probably comes as little surprise to long-time Metal Gear fans, who watched Konami’s acrimonious public split with series creator Hideo Kojima with both angst and fury in 2015. And while Survive certainly bore some surface-level resemblance to the beloved franchise, Reid felt it lacked the essence of what made a Metal Gear Solid game.

We’ll have to wait and see what this means for the Metal Gear franchise in the future.