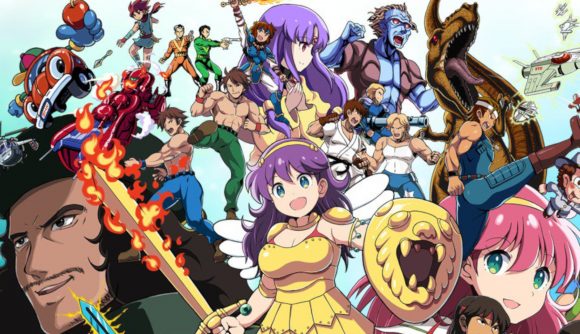 SNK has another wave of free PC games to distribute with Twitch Prime, and this time we’ve got a giant list of giveaways. The latest round of free SNK games includes six standalone titles and the wonderful SNK 40th Anniversary Collection, which makes for a total of 30 games, on top of the classic fighting games already available through the promotion.

As of July 28, you can now claim the SNK 40th Anniversary Collection, Baseball Stars 2, Ironclad, King of the Monsters, Metal Slug 2, Shock Troopers: 2nd Squad, and Sengoku 3 through Twitch Prime. That’s on top of the previous wave of SNK giveaways, including Art of Fighting 2, Blazing Star, Fatal Fury Special, King of Fighters 2000 and 2002, Pulstar, and Samurai Shodown 2.

If you haven’t signed up for Twitch Prime, you can do so at that link. First-time sign-ups get a free trial, and you’re able to claim all these free games as part of that trial, too. The SNK giveaways will be available all year – unlike the standard monthly freebies, these titles are available until December 31.

The highlight of the package is definitely the Anniversary Collection, and not just because it drastically inflates the number of games you’re getting. On top of a solid collection of emulated classics, it also features a host of modernised conveniences and an extensive museum segment exploring SNK’s past – a must for fans of old games.

There’s still time to pick up the July 2020 Twitch Prime games, as well as the League of Legends Twitch Prime loot and other game-specific giveaways.