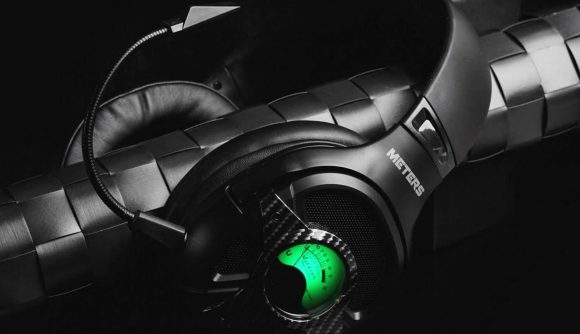 With gaming headsets becoming more and more feature-packed, it’s harder than ever to stand out from the crowd. This would dissuade many new companies from taking a punt, but it seems like the new Level Up gaming headset by British audio manufacturer Meters is sure to get people talking in their streams or video calls with a unique feature of its own.

You’ve probably not heard of Meters Music when it comes to gaming, and for good reason, as the wired Level Up gaming headset is its first foray into the gaming audio market. It’s not without experience in the audio space, however, as Meters is the child of Ashdown Engineering – a renown manufacturer and supplier of guitar amps to bands like U2, Foo Fighters, and Pink Floyd.

Since all of Ashdown’s amps have a signature Volume Unit meter, it only made sense to stick this on Meter’s new gaming headset, too. Of course, it wouldn’t be a proper gaming headset without RGB lighting, which surrounds the volume gauge for a sense of personalisation.

The VU meter does technically serve a practical purpose, other than earning the Level Up gaming headset some style points. If the dial creeps into the red zone at your volume level, then you’re listening at an ear-blasting level – literally, with the gauge having been calibrated to the EU’s volume safety standards. 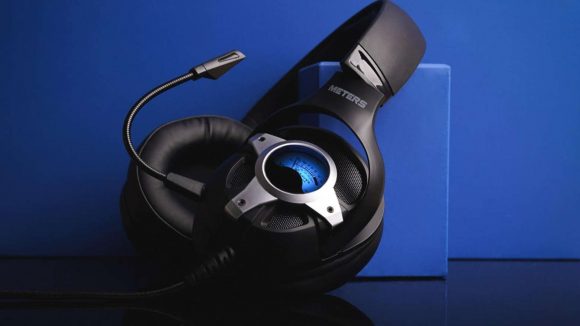 Of course, the other specs of the headset need to pack a punch too, if Meters wants to keep pace with the rest of the market. This is why the Level up is rounded off with 50mm custom-tuned drivers, virtual 7.1 surround sound, detachable microphone, and a robust braided cable which you can’t go without on a wired headset.

The headset’s available in either a carbon, red, or silver colour scheme, and the RGB lighting, microphone, and volume can be adjusted through the inline remote. It should be pretty comfortable, with a relatively low weight of 320g. The price of £99 / $129 is about what we’ve seen across the best gaming headsets with a similar spec. We haven’t had a chance to test this headset out yet, but if Ashdown’s guitar amps and critics reviews of its non-gaming headphones are anything to go by – it’s probably pretty good…

You can have a look at the Level Up gaming headset range here.