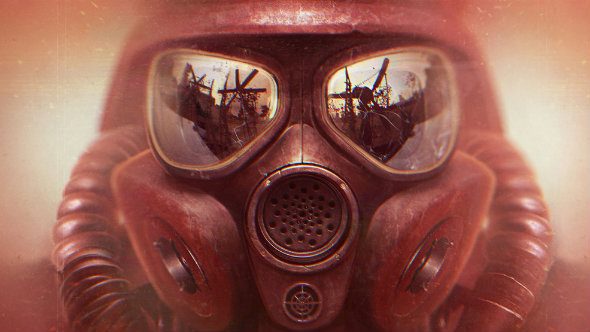 Update December 13, 2016: In a Reddit AMA, author of the Metro series of novels Dmitry Glukhovsky says that while the books are over, things could continue elsewhere.

In parallel with the rumours of a new Metro game on the horizon, the writer of the games and their inspiration has heavily hinted in a Reddit AMA that it’s on the way. Glukhovsky is very clear that the book series is now over, but specifically says that “this doesn’t necessarily mean that Artyom’s story can’t continue in other media…”

When we know more, we’ll add the post-apocalyptic sequel to our upcoming PC games list.

As noted in our original story below, Deep Silver announced that there won’t be another Metro game in 2017, but that doesn’t mean it isn’t in some form of pre-production or design.

The newly released novel, Metro 2035, brings together the plotlines of the books and games. Glukhovsky says that he’s delighted with how the games developed into their own thing, that he “didn’t expect” a “sentence-by-sentence” recreation of his novels. He goes on to explain that he finds working with talented individuals and giving them creative freedom is his rule for life.

Loads more in the full AMA, along with a bunch more hints.

“As the exclusive rights holder to videogames set in the Metro 2033 universe, Deep Silver has ambitious plans for the hugely successful Metro series,” says the Facebook update. “But just to manage our fans’ expectations – releasing the next Metro game in 2017 is not one of them.

That’s not to say Deep Silver are ruling a sequel out though. The publisher has plans for the Metro franchise – they just won’t happen in 2017.

“When we have more news to share, we will.”

So there is a new game coming at some point, perhaps just not next year. Either way, even if it was coming next year, Deep Silver wouldn’t tell us until they’re ready to reveal it properly.

Original Story November 8, 2016: Metro 2033 and its sequel Metro: Last Light, for my money, are among the most underrated modern shooters in existence. Stalking through an irradiated storm, wiping the poisoned dirt from my visor as I try avoid mutants – all while looking for a new rebreather – is one of the most tense, atmospheric experiences I’ve ever had with a videogame. It’s like a modern Stalker, and there’s a sequel coming next year.

The game series fills in the gaps between a popular series of Russian novels of the same name. The next book, Metro 2035, is coming out on December 10 and is available for pre-order now.

In a timeline on the book’s official site, it clearly shows there’s a new game coming in 2017 and it follows the story of the latest novel. “The final part of the trilogy takes us back to Artyom and his struggle to get the people back to the above world they once ruled,” says the book’s description.

“This is a standalone story that can be read independently from the previous books and games – yet for those who have been following Artyom from the very beginning, Metro 2035 crowns the saga in its own way. Characters of all the books and games meet here, their destinies intertwine, and everything you knew about the world of Metro is turned upside down…”

Beneath that, it simply says ‘The next Metro videogame’, which is sat alongside 2017 on the timeline. “Where the books end their story, the game will pick it up,” the blurb says.

Metro developers 4A Games have recently been teasing a new project, though many are speculating it’s for VR.