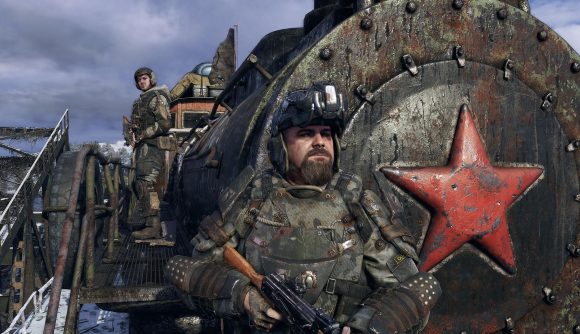 It’s been almost one year since Metro Exodus landed as a timed exclusive on the Epic Games Store, and that means it’s finally time for the one of the most notable FPS games of 2019 to hit Steam. The game comes to Steam on February 15 – precisely 365 days after its original launch – and publisher Deep Silver has announced the precise Metro Exodus release times.

Metro Exodus unlocks for everyone on Steam at 21:00 PST on February 14, or 00:00 EST / 5:00 GMT on February 15 – a single, worldwide release time. The DLC will also be available on Steam, so if you want to buy more after you’re done with the main campaign, that option will be open to you.

There are a lot of asterisks beside Metro Exodus’s former Epic exclusivity. Steam pre-orders were honoured, so early adopters have been able to play the game on Valve’s platform since launch, with the benefit of the usual updates and DLC. The game was also made available to PC players through the Windows 10 store, and is still available through Xbox Game Pass for PC.

Metro Exodus’s next DLC, Sam’s Story, is scheduled to launch across platforms on February 11 – before the Steam release.

Now that the Epic Games Store is over a year old, its notable exclusives are starting to come to Steam. Hades joined the multi-PC-platform club in December, and there will be plenty more titles – like Borderlands 3 for Steam – throughout the rest of the year.