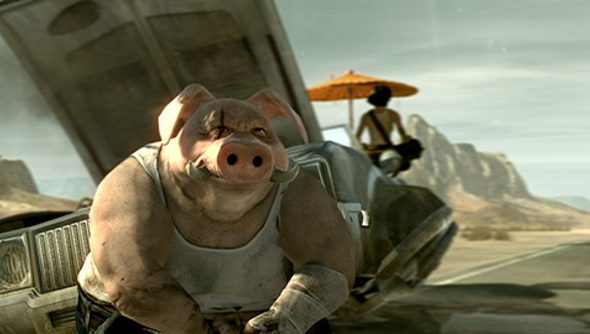 Michel Ancel has opened a new studio, Wild Sheep Studio, but before you start ripping your hair out and running through the streets shrieking and howling, this doesn’t mean Beyond Good & Evil 2 is beyond hope.

Ancel will remain at Ubisoft, and he is, Ubisoft confirmed to Eurogamer, working on the sequel to the much beloved tale of photojournalist, rebel and adventurer, Jade.

“In many ways, BG&E is an inimitable game – it appeals to all generations of gamers and is an inspiration behind many of Ubisoft Montpellier’s past and future games,” the publisher said in a statement. “It’s still far too early to give many details about this new title, but what we can say is that while Michel and the team at Ubisoft Montpellier are working with the core tenets of BG&E, they’re developing something that aspires to push past the boundaries of a proverbial sequel and leverages next-gen technologies to deliver a truly surprising, innovative and exceptional game. The entire team is excited about the direction this extremely ambitious project is taking, and we’ll have more to share later, as it progresses.“

Ancel is also “leading the creative development” of multiple projects at Ubisoft Montpellier. It’s not clear if Beyond Good & Evil 2 will be the next game to come out of the studio or how far along it is.

At E3, CEO Yves Guillemot said that Beyond Good & Evil had a future, but made it sound like development had taken more than a few steps back. In 2008, a teaser trailer for Beyond Good & Evil 2 appeared and Ancel was reported to be working on the sequel, but that stopped so he could invest time in Rayman.

Now, though, we know it’s happening. And that’s more than we’ve known in around six years.